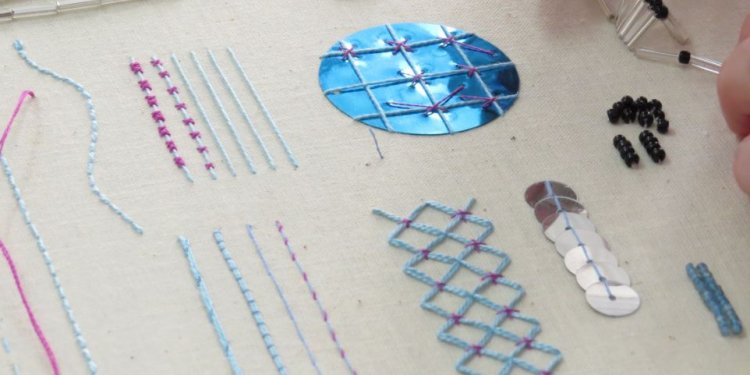 Silk is a natural fiber that is produced by the silkworm-the caterpillar larva of the domesticated silkmoth Bombyx mori. The cultivation of silk from silkworms is a process known as silk farming, or sericulture. Silkworms were first discovered by the Chinese around 2, 700 BC and for many centuries, the Chinese were the only civilization with the knowledge to make silk but eventually, the secrets of sericulture spread to other parts of the world. Here, we explore how silk is harvested and turned into silk threads.

Sericulture begins with knowing which silkworm will yield high quality silk that is both strong and naturally lustrous. There are several species of silkworms which have been bred exclusively to make this type of silk but of these, Bombyx mori is the most widely used species. In fact, there is evidence to suggest that B. mori was the species originally discovered by the Chinese during the Neolithic Age, when silk was first cultivated.

But having the right type of silkworm is only the first part of the process of sericulture.

Caterpillars eat continuously and silkworms are no different. The type of food they eat will affect the kind of silk they produce so it is crucial to control the types of plants they eat to ensure that they have the right proteins needed when it comes time for them to spin their cocoons. For silkworms, this diet consists solely of mulberry leaves. Each silkworm will eat mulberry leaves until they are about 10, 000 times heavier than when they were hatched. They will grow and molt four times before they are ready for the next phase of their lifecycle. It is at this point that these caterpillars are ready to spin their silk cocoon.

To create their cocoon, the silkworms secrete a dense fluid composed of proteins. This fluid is secreted in one long, continuous strand that solidifies upon contact with air to create a single strand of silk that is wrapped around the cocoon thousands of times. A single strand can be up to 1200 yards long which is about the length of 12 football fields and only 10 micrometers (500th of an inch) in diameter-about 1/15th the width of a human hair.

Next, this silk strand must be carefully harvested, a process that requires careful timing. If the silkworm undergoes metamorphosis and matures into a silkmoth, it will escape the cocoon by secreting an acidic fluid which dissolves a hole in the cocoon, splitting the silken fiber into short fragments that cannot be reeled or used for silk yarn. Before this happens, a sericulturist must harvest the silk.

To harvest the silk, the cocoon is immersed in boiling water. This process kills the silkworm pupae, but also frees the silk filaments from the tightly wound cocoon and readies them for reeling.

From here, each strand is combined with strands from other cocoons to create a single thread of silk that can be used to create textiles. One thread contains up to 48 silk filaments which is then wound onto a reel, ready to be dyed and eventually used in the fabrics and threads used to create silk embroideries.

Surprisingly, the process of sericulture has not changed much over its thousand-year history. Modern day sericulturists follow centuries of technique and wisdom in silk cultivation to make high quality silk that is naturally shiny and strong. Throughout history, attempts at sericulture have been made worldwide but China, the original discoverer of sericulture thousands of years ago, remains the world’s leading producer of luxury and high quality silk.