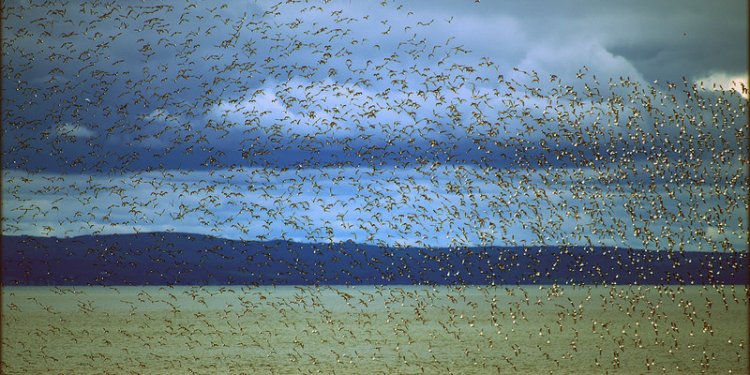 Where was silk made?

Mark D. asks: How do they make real silk from worms?

One of the softest fabrics on the planet, shiny, breathable and comfortable, silk has been a highly prized cloth since it was first harvested thousands of years ago. And despite advances in production methods and new possibilities for cultivation, still today the only reasonable way to glean the thread in mass quantities is by killing the thing that made it.

Silkworms are caterpillars of (usually) the Bombyx mori moth. During its 3 to 8 day pupating period, the silkworm secretes fibroin, a sticky liquid protein, from its two sericteries (special salivary glands). Pushed through a spinneret (opening on the mouth), the twin pair of continuous threads harden when they come into contact with the air. Next, the silkworm secretes sericin, a bonding agent, from two other glands to hold the two filaments together. While constructing its cocoon, the silkworm will twist in a figure-8 motion about 300, 000 times and produce around 1 kilometer of filament.

Since hatching from the cocoon destroys the thread, to harvest the silk, the cocoon is placed in either boiling water, or blasted with steam or hot air, all processes that kill the pupae. Less lethal methods were tried in the past, such as pulling the silk as the worms spun it, but the worms resisted and bit off the filaments (the longest thread harvested in this way was just 6 meters).

Besides killing the pupae, the heat softens the binding agent (sericin), so that the filaments may be unwound. Sometimes, the softened sericin is left on the fibers, and this product is called raw silk. In the end, it takes the deaths of about 2500 caterpillars to make a single pound of raw silk.

From there, raw silk strands are twisted together until a fiber of sufficient strength for knitting or weaving is produced, and different twisting methods produce a different type of thread: crepe, thrown, tram, organzine or singles. Crinkly fabrics are made with crepe, while sheer cloth is made with single thread. Spun silk is comprised of broken filaments that have been processed into a yarn.

To get the billions of cocoons necessary to have a viable silk industry (by some estimates, about 10 billion each year), the worms are cultivated. Called sericulture, it begins with female moths, each laying about 300-400 pin-sized eggs, shortly after which they (the moths) die. The eggs are incubated for 10 days. When they hatch, they are still tiny (about ¼ inch). Gluttons, they feast on mulberry leaves (although lesser-quality silks are made from silkworms that eat Osage orange and lettuce). After about 6 weeks of constant eating, the silkworm has grown to about 3 inches in length, weighs nearly 10, 000 times what it did when it hatched and begins to work on spinning its own grave.

Although a few other plants are fed to silkworms, the mulberry has always been associated with its production. In fact, when the Emperor Justinian first stole the means of silk production in the 6th century AD (according to legend, he had two monks smuggle some eggs out of China), he also pinched a few seeds of the mulberry tree.

Prior to that, the Chinese had carefully guarded the secret to silk for millennia. According to Chinese records, the technique was discovered by Si-ling-chi (aka Leizu), the wife of the “Yellow Emperor” Huang-ti, about 2, 700 BC. By some accounts, she found the secret after a silkworm cocoon fell into her cup of tea, and as she pulled it out, she realized she could unravel its exquisite thread. Of course, it may have been discovered by someone else, perhaps a lowly tailor, with the empress simply taking (or being given) credit for it. Whatever the case, so important was this discovery that she was later deified and given the name, Seine-Than, meaning Goddess of Silk Worms; and the silk she supposedly discovered became so crucial to international trade, that it lent its name to the great East-West route, the Silk Road.

Today, China still leads the world in silk production, responsible for about 58, 000 tons each year or about 74% of the world’s supply of raw silk. Not wasted, in many places the leftover dead silkworms are seasoned, boiled, fried and eaten.

Still, things may be looking up for the humble silkworm. Some kindly researchers have recently discovered a method to harvest long filaments without killing the creature. Noticing that when injured the caterpillar will engage in self-paralysis in order to give itself time to heal, the scientists found a way to isolate the biochemical used by the insect to reach that state. By extracting it and injecting it into healthy worms, the researchers were able to induce partial paralysis, after which, one end of the worm’s silk was attached to a slowly winding reel, which successfully gathered the silk. In its paralyzed state, the worm was unable to bite off the thread (as it otherwise would do). The record for gathering silk this way is 500 meters, or about half of that acquired through the traditional method.

Since hand-injecting billions of silkworms is beyond unrealistic, to turn this process into a commercial reality, the researchers are looking into ways to genetically modify silkworms so that the paralysis can be triggered by manufacturers “on demand.”