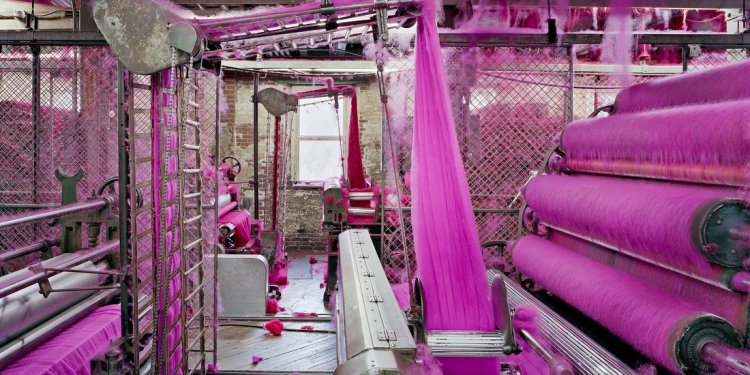 Textile industry in the US

The U.S. textile industry, its domestic suppliers and customers are comprised of the following: yarn and fabric manufacturers, suppliers in the cotton, wool, and man-made fiber sectors, dyers, printers, and finishers, the machinery and textile chemical industries, and our customers in the U.S. apparel industry.

The U.S. textile industry, suppliers and our customers are an important component of the U.S. economy and are found in every region of the country. The industry provides much needed jobs in rural areas and has functioned as a springboard for workers out of poverty into good paying jobs for generations.

The industry is also a key contributor to our national defense and supplies over 8, 000 products a year to our men and women in uniform.

Finally, the industry is major factor in high-tech innovation. Textile products are now major components in everything from heart valves and stents to aircraft bodies and advanced body armor.

• The U.S. textile industry supply chain—from textile fibers to apparel and other sewn products—employed an estimated 579, 000 workers in 2015. The U.S. government estimates that one textile job in this country supports three other jobs.

• The U.S. industry is the fourth largest exporter of textile products in the world. Fiber, textile, and apparel exports combined were $27.8 billion in 2015.

• The United States is the world leader in textile research and development, with the U.S. textile complex developing next generation textile materials such as conductive fabric with antistatic properties, electronic textiles that can monitor heart rate and other vital signs, antimicrobial fibers, lifesaving body armor, and new fabrics that adapt to the climate to make the wearer warmer or cooler.

• The U.S. textile industry invested $18.5 billion in new plants and equipment from 2005 to 2014. Recently producers have opened new fiber, yarn, and recycling facilities to convert textile and other waste to new textile uses and resins.

• U.S. textile mills increased productivity by 23% between 2004 and 2014, making textiles one of the top industrial sectors for productivity growth.