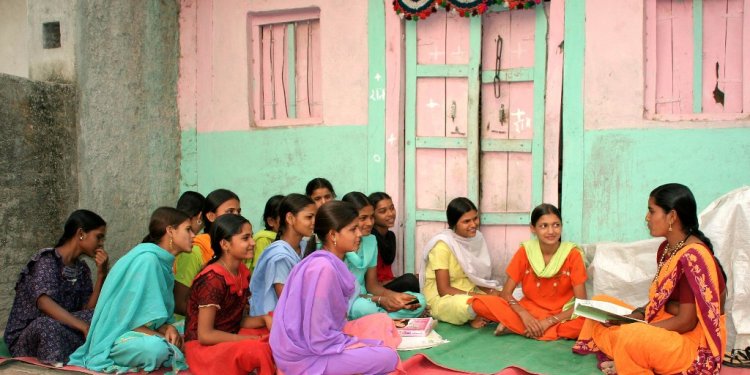 Development of textile industry in India

Textile industry is one of the traditionally well-developed industries in Tamil Nadu. Tamil Nadu has a strong production base and accounts for about 1/3 rd of Textiles production in the country. The net value addition in Textile industry in Tamil Nadu is about 37.5 per cent, the highest in the country. The Textile mills are concentrated in Coimbatore, Tirupur, Salem, Palladam, Karur and Erode. Tamil Nadu has around 3, 50, 000 power looms manufacturing cotton fabrics and accounts for about 30 per cent of India's export of textiles products. The Erode district in Tamil Nadu is well known for marketing of textile products of handloom, powerloom and readymade garments.

The Textile Industry of Tamil Nadu has a significant presence in the National and State economy. It is the forerunner in Industrial development and in providing massive employment in the State. Handloom, Powerloom, Spinning, Processing, Garment and Hosiery are the various sectors of the Textile Industry in Tamil Nadu. It is the largest economic activity next only to Agriculture in providing direct and indirect employment. Handloom Sector occupies a place of pride in preserving the country's heritage and culture and plays a vital role in the economy of the country. It has a long tradition par excellence in its craftsmanship. The Powerloom Sector in Tamil Nadu has also been playing an important role in meeting the clothing needs of the people. The Powerloom Sector in Tamil Nadu is next only to Maharashtra in terms of number of looms. The Textiles Sector in Tamil Nadu is predominantly in the private sector, spinning oriented and labour-intensive because of the preponderance of the decentralized sector in most of the segments of the industry. The Textile Industry has a very important role to play in the industrial field with regard to employment potential, overall economic and commercial activities. This Industry enables the Central and State Governments to earn substantial revenue besides foreign exchange through exports. During the year 2004-05, 3223.52 million kg of yarn was produced in the country, of which, Tamil Nadu contributed 1261.98 million kg of yarn. Successively this State is the number one producer of various varieties of yarn in the country.

The Government should devise suitable measures to facilitate that the Textile Industry grows at the rate of 18 per cent per annum. The Government should also take efforts to address the labour laws related issues aiming at achieving the above growth. The required skilled labour force should be generated by creating new infrastructure and also by strengthening the existing ones.