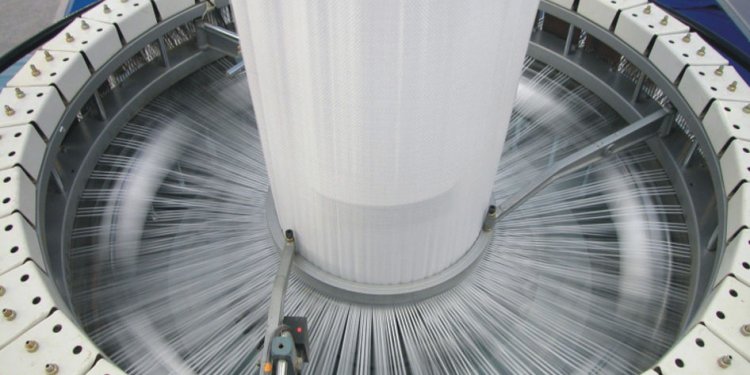 What is a weaving machine called?

Classification of Weaving Machines:
Weaving machines are classified according to their filling insertion mechanism. The classification is as follows:


Rapier weaving machines can be of two types:

1. Single Rapier Machines: A single, rigid rapier is used in these machines. The rigid rapier is a metal or composite bar usually with a circular cross section. The rapier enters the shed from one side, picks up the tip of the filling yarn on the other side and passes it across the loom width while retracting.

Therefore, a single rapier carries the yarn in one way only and half of the rapier movement is wasted. Also there is no yarn transfer since there is only one rapier. The single rapier’s length is equal to the width of the loom.


2. Double Rapier Machines: Two rapiers are used in these machines: one rapier, called the giver, takes the filling yarn from the yarn accumulator on one side of the loom, brings it to the center of the machine and transfers it to the second rapier which is called the taker. The taker retards and brings the filling yarn to the other side. Similar to the single rapier machines, only half of the rapier movements are used for filling insertion.
Air-Jet Weaving
The are the weaving machines with the highest weft insertion performance and are considered as the most productive in the manufacturing of light to medium weight fabrics, preferably made of cotton and certain man-made fibers (sheets, shirting fabrics, linings, taffetas and satins in staple yarns of man-made fibers); it has anyway to be pointed out that technically positive results are obtained at present also with heavy weight fabrics (denims) and that some manufacturers produce also machine models for terry production.

These machines are the ideal solution for those who want to produce bulk quantities of customized fabric styles. The weaving widths range generally from 190 to 400 cm. As regards the multicolor weft carrier, up to 8 different wefts can be fed. It has however to be considered that the air jet weaving machines require a high energy consumption to prepare the compressed air and that this consumption rises definitely with increasing loom width and running speed. The reduction in the energy consumption is in fact one of the main concerns of the manufacturers, and builds for the user an important selection criterion.

Water-Jet Weaving
A water-jet weaving machine inserts the filling yarn by highly pressurized water. The relative velocity between the filling yarn and the water jet provides the attractive force. If there is no velocity difference, then there would be no tension on the yarn results in curling and snarling of the yarn. Water-jet weaving machine can only be used for hydrophobic fibers.

Mazharul Islam Kiron is a textile consultant and researcher on online business promotion. He is working with one European textile machinery company as a country agent. He is also a contributor of Wikipedia.