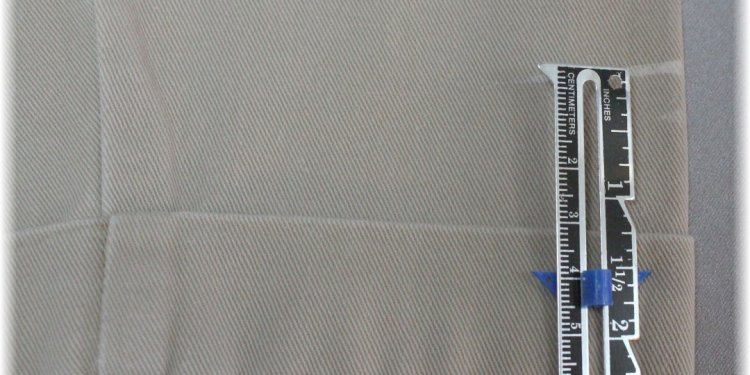 Have you ever used this stuff before? I'm using horsehair braid for the first time and I'm enamored. I've been working on a very special project: my very first draped design! Don't get too excited, it's a very simple silhouette - no cowls or shirring or pleats. But I draped the thing myself! It's a 50s-style dress (shocker, eh?) with a boatneck and a very full skirt. I'm making it out of the most beautiful textured cotton in what must be Schiaparelli Pink (though it looks a bit Fanta Orange in these pictures!).

I was researching hem methods, and I was thinking about doing a faced hem for a little more body at the hemline. And then I came across the section on horsehair braid in Professional Sewing Techniques for Designers, which is absolutely my new favorite sewing book a hem stabilizer. It's used to add structure to hemlines: think of a sculpted mermaid skirt or a full ballgown. It added the perfect swingy fullness to my knee-length circle skirt.

First off, what is it? Horsehair braid used to actually be made of horse's hair, but now it's made of nylon or polyester. You can buy it in various widths. A wider width will give you more body to your hem, and a narrower one will be more subtle. I didn't go subtle! I went with a 2" width. (They had from super tiny up to 3" wide at Steinlauf & Stoller, and it came in both black and white). A quick Google search turned up lots of online vendors for this stuff, in case you can't find it locally.

The braid has a string at the top. See the loopy bit up there?


This is used to pull the braid tight at the top to shape it, resulting in a curve at the bottom. Perfect for a curved hem like a circle skirt!
There are little loops throughout the braid so that you can pull them up incrementally as you go, not just on the ends. Isn't that genius?
*Update: I just learned that the narrower widths of horsehair don't have this string at the top. That's because they're easier to shape on their own. So don't sweat it if yours doesn't have this!

Before you start your project, you need to decide if you're going to either: 1) underline for an invisible hem - the horsehair braid gets catch-stitched to the underlining in this method or 2) top stitch your hem. For formal wear, you'll obviously want to underline. Since I'm making a day dress, I decided to top stitch for ease and a more casual look.

So here's how to apply your horsehair braid. Start with your dress at the desired length plus 1/2". If your fabric is thicker, you might want to add a smidge extra for turn of cloth.

First, you're going stitch the braid to the right side of your dress, lining up the bottom of the horsehair braid and the raw edge of the bottom of the dress. I wouldn't necessarily recommend pinning it first: this is because you don't want to pull the braid as you go, you want it to apply flat. If you pull it as you're applying it, your hem will look twisted. Just keep feeding it and lining up the braid and the dress's raw edge as you stitch.

My 1/4" stitching line is pointed out with that handy yellow arrow. Keep in mind that this is the outside of the dress.


When you get to the end, you'll want to cover up one end of the braid with some sort of seam binding so it won't scratch you.

Lap the covered end UNDER the raw end, this way the scratchy raw edge of the braid will be lapped under when flip it to the inside. (Do as I say, not as I do in this picture. I learned the hard way.)
Now flip the braid to the inside and press the hem. Avoid ironing the braid itself, just press the hem.
If your hem is curved, you'll need to pull the loops of string incrementally so that your braid will curve up. You're shaping your hem - isn't it exciting?!
Pin the hem as you go. I'm pinning on the outside of the dress since I'm going to top stitch it and that's the side that will be facing up.
Now take it to your machine and top stitch. Find the right hem width that will catch the horsehair braid near its top. Use a slightly longer stitch width than usual for prettier stitches. I'm using 3 mm here, but next time I'll probably go with 3.5 mm.


(If you underlined, this is where you'll catch stitch the horsehair braid to the underlining so it doesn't show on the outside of the skirt.)

Press your finished hem. Pretty on the outside!

Awesome on the inside:


And it will be super awesome once I cut those loops off!

I'll be photographing the dress this weekend and I can't wait to show you how rad this skirt looks in action. In the meantime, I hope this tutorial was helpful! Let me know if you have any questions.