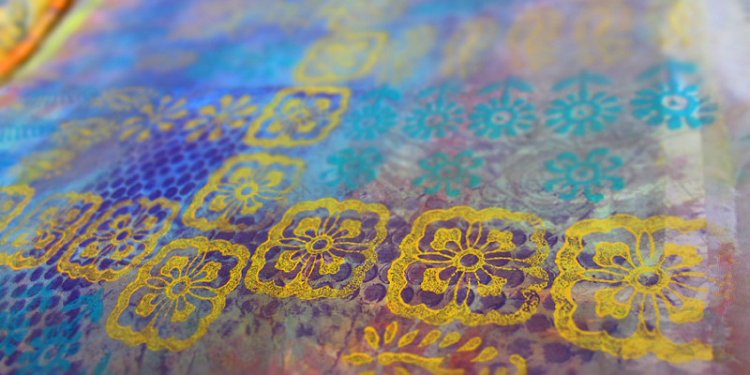 Printing on plain fabric developed in response to the popularity of “chintz” textiles imported to Europe from India, beginning in the early seventeenth century. These fine cotton fabrics were patterned with richly colored painted and dyed designs of exotic flora and fauna. Equally important, the colors resisted fading or running when washed in water. Imported cottons rapidly gained popularity throughout Europe and were seen to pose a threat to the powerful silk-weaving industry. For this reason, textile printing on a large scale was not successful in Europe until the eighteenth century, despite the fact that a method for colorfast printing was developed in Europe by 1670. Legislation was passed in France (1686) and England (1700) prohibiting the importation and domestic production of printed textiles. In England, however, printed textiles could be made for export only, so technology continued to develop there legally. The American colonies were a major market for these textiles. The Dutch, who had no such prohibitions, developed a textile printing industry during the late seventeenth century as well, but the French and English led the industry in the eighteenth century, despite legislation curbing production.

The first successful method of transferring designs to textiles was that of woodblock printing. This could produce detailed designs, but required the preparation of separate blocks to print each color on the designated areas. Smaller areas of color were often “pencilled” or hand-painted onto the textiles (37.170). A method of printing with engraved copperplates was developed in Ireland in 1752 and then brought to England. Prints from copperplates produced designs with even finer details, almost equal to the quality of a print on paper, but they were limited to one color. However, woodblocks and hand-painting could be used to add colors to copperplate prints (1983.365). The English held a virtual monopoly on the production of fine copperplate printed cottons until the French ban was lifted in 1759. In the following year, Swiss-born Christophe Oberkampf (1738–1815) established a factory at Jouy-en-Josas near Paris. The factory at Jouy was extremely successful, due in part to the skill of one of its chief designers, Jean-Baptiste Huet I (1745–1811), and to this day, pictorial printed cottons are commonly referred to as “toile de Jouy.” All manner of subject matter was appropriated for designs: floral or chinoiserie styles, political subjects, genre scenes, mythological tales, fables, and popular literature (26.233.8).

Roller printing, a mechanical improvement on the copperplate technique, was developed in England in the late eighteenth century and was in use in the north of England by 1790. The copper roller gave manufacturers the ability to print larger quantities of fabrics at greater speeds, for lower prices, and the production of printed cotton increased dramatically in the nineteenth century.