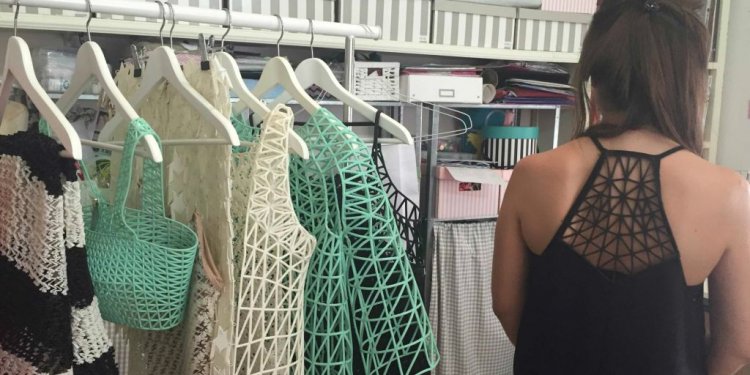 Can you 3D printing clothes?

The days when we will be printing high-fashion dresses in our homes are coming—but aren't quite here yet.

When the doors open on May 5 for Manus x Machina, the Met Costume Institute’s Spring exhibition, visitors will be treated to 90 otherworldly high-fashion garments, including many striking items made with 3D printing. These outfits—a layered, cross-hatched suit from Chanel's 2015-16 Autumn/Winter haute couture line, an exotic, infinitely complex polyamide top in the Dutch designer Iris Van Herpen's Spring/Summer 2010 collection—are exotic now, but viewers should get ready to see a whole lot more of them in the not-too-distant future.

An ensemble by Iris van Herpen for her Spring/ Summer 2010 haute couture line.

Photographer: Nicholas Alan Cope/Courtesy of the Metropolitan Museum of Art

Currently (as evidenced by the fact that these dresses are in a museum display), 3D-printed clothes are pretty much the exclusive purview of haute couture. But as the technology is adopted by more apparel makers, it has the potential to trickle down to the masses. When that happens, “it can be as revolutionary as the sewing machine, ” said Andrew Bolton, Manus x Machina’s curator. “It means you can 3D print your dress to your exact measurements at home.”

Couture clothes, in the traditional fashion industry definition, are “items made for you, that fit your body, ” Bolton explained. Usually that means the garments are expensive, rare, and difficult to obtain. But with 3D printing, this extravagance will move into any home that has a printer. “Because it has the ability to mould exactly to your measurements, it’s environmentally friendly, too” Bolton said. “There’s no waste, whereas there’s always waste with textiles.”

Before you run out to buy a Makerbot for your next cocktail dress, keep in mind that 3D printing is still very much in its early stages. Such companies as Materialise, a Belgian software company that creates the technology for 3D printing and that helped create several of the dresses in the Met show, have the capability to make virtually anything a computer can model. But wearing that 3D-printed object is a different matter. “At the beginning, they were stiff, almost like body armor, ” said Joris Debo, the creative director of Materialise. “Slowly there were changes to make the design more flexible.”

Can you iron viscose?