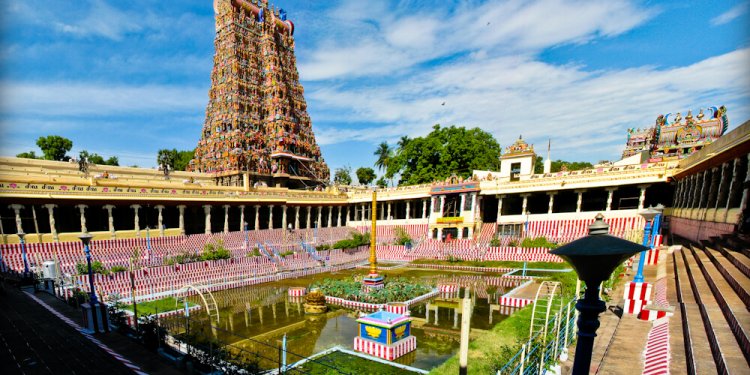 India is the second largest producer of textiles and garments in the world. The Indian textiles and apparel industry is expected to grow to a size of US$ 223 billion by 2021, according to a report by Technopak Advisors. This industry accounts for almost 24% of the world’s spindle capacity and 8% of global rotor capacity. Abundant availability of raw materials such as cotton, wool, silk and jute as well as skilled workforce have made the country a sourcing hub

The textiles industry has made a major contribution to the national economy in terms of direct and indirect employment generation and net foreign exchange earnings. The sector contributes about 14 per cent to industrial production, 4 per cent to the gross domestic product (GDP), and 27 per cent to the country's foreign exchange inflows. It provides direct employment to over 45 million people. The textiles sector is the second largest provider of employment after agriculture. Thus, growth and all round development of this industry has a direct bearing on the improvement of the India’s economy.

The Indian textiles industry is set for strong growth, buoyed by strong domestic consumption as well as export demand.

The most significant change in the Indian textiles industry has been the advent of man-made fibres (MMF). India has successfully placed its innovative range of MMF textiles in almost all the countries across the globe. MMF production recorded an increase of 10 per cent and filament yarn production grew by 6 per cent in the month of February 2014. MMF production increased by about 4 per cent during the period April 2013–February 2014.

Cloth production by mill sector registered a growth of 9 per cent in the month of February 2014 and of 6 per cent during April 2013–February 2014.

Textiles exports stood at US$ 28.53 billion during April 2013–January 2014 as compared to US$ 24.90 billion during the corresponding period of the previous year, registering a growth of 14.58 per cent. Garment exports from India is expected to touch US$ 60 billion over the next three years, with the help of government support, said Dr A Sakthivel, Chairman, Apparel Export Promotion Council (AEPC).

The textiles sector has witnessed a spurt in investment during the last five years. The industry (including dyed and printed) attracted foreign direct investment (FDI) worth Rs 6, 710.94crore (US$ 1.11 billion) during April 2000 to February 2014.

Brocade is a company known for its storage…
April 9, 2021