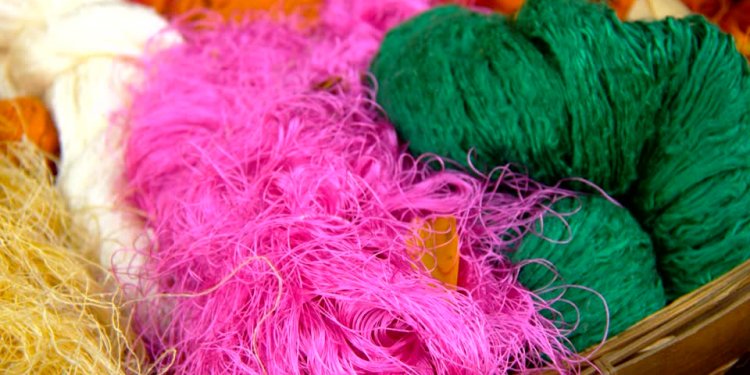 Alfred Shaheen’s success as a designer and producer of clothing, as well as his family’s history in the textile business in the U.S., stretching back to 1888, is one aspect of the long history of the Arab American production and sale of textiles. The Arab American role in the textile industry is itself a vestige of the wide-scale production of silk in Greater Syria in the 1800s and early 1900s, which employed many of the earliest immigrants.

Alfred Shaheen’s grandfather, Assy Shaheen, arrived in the U.S. from Lebanon in 1887 and opened his dry goods store in 1888. Ten years later, Assy’s sons, among them Assy Jr. and George (Alfred’s father) arrived from Lebanon and helped their father expand the family business to include a manufacturing plant and clothing store in what was known as the “Syrian quarter” in lower Manhattan. By 1920, A. Shaheen and Sons was a booming business with a large manufacturing plant in the heart of the garment district in New York City and a silk mill in Cranford, NJ, built in 1917. Like the majority of Arab immigrant textile companies at the time, the Shaheens produced mainly ladies garments. According to a family history written by Camille Shaheen-Tunberg, George eventually opened his own garment manufacturing business in Teaneck, NJ, where Rose Shaheen (Alfred’s mother) was an integral part of the family’s textile production.

Both the Shaheen family’s history in textiles, as well as that of the Arab American community at large, began in New York City at the turn of the twentieth century. This brief essay will provide an overview of the early Arab American textile industry including a focus on the role of women in the production and sale of textiles.

Historians have always given much attention to the peddling trade of the early immigrants from Greater Syria. But work in the textile industry (silk, lace, wool and completed garment production) whether in a garment factory, a silk or woolen mill, or making piece meal silk kimonos from home, was more popular than peddling, though maybe less romantic. Textile workers in the late 1800s and early 1900s, like peddlers, were most likely to be Christians from Greater Syria, now present day Lebanon, Palestine, and Syria.

Syrian immigrants, both men and women, were well suited to work as weavers, because of the silk tradition in their homeland. By the 1880s in Mt. Lebanon, the time when the earliest emigrants began leaving Greater Syria en masse, “silk went from being a supplemental product that helped support a peasant family to being an essential cash crop on which Lebanese peasants depended for their survival” (Khater 2001, 22). The silk industry in the U.S., due to the long history of silk production in the Mt. Lebanon area of Syria in the 1800s and early 1900s, was one of the most popular and prominent aspects of textile production among Arab immigrants.

The experience in silk production in both the homeland and the mahjar (the lands of immigration), and what publications at that time referred to as “the business instinct of the Syrians” (Mokarzel and Otash 1908, 2), led to the wide-spread ownership of silk mills, textile factories, and wholesale garment stores. Though this type of rhetoric, such as referring to the “trading instincts of the ancient Syrians, ” plays into the well-worn stereotypes that Semitic peoples are good with money, even to the point of being greedy and “petty” (Miller 1969, 31), the evidence that Syrian immigrants were adept at building, owning, and operating successful textile factories is abundant. One historian attributes the success to good “timing” in addition to skill, writing that “luxury items were becoming necessities among the rising upper-middle class” at the turn of the twentieth century (the time of the first wave of Arab immigrants), which positively affected the silk and lace industries (Younis 1995, 197). The Arab immigrants, according to newspaper editorials of the time as well as later historians like Evelyn Shakir, Akran Khater, and Adele Younis, were determined to move quickly from the immigrant class to the rising American middle class, and business ownership was one fast track to such success.

In the late 1800s and early 1900s, New Jersey was considered the silk capital of the U.S. The number of factories in the state as well as its close proximity to the large Syrian communities of Manhattan and Brooklyn combined to lure many Syrian immigrants to the industrial centers of Paterson, NJ (known as “Silk City”) and Hoboken, NJ. By the 1920s there were at least 25 silk factories in Paterson and West Hoboken, NJ, owned by Syrians and 80% of Syrian immigrants in those cities worked as silk weavers (Hitti 1924). And it wasn’t just New Jersey. The textile factories in Rhode Island, Connecticut, Massachusetts, Maine, and other eastern seaboard states attracted Syrian immigrants who settled in enclaves near the textile mills. In 1910, 91% of the Syrian immigrants in the Blackstone Valley area of Rhode Island worked in the textile mills (Doumato 1986, 15). In Waterville, which housed the largest population of Arab immigrants (almost exclusively from Greater Syria) in Maine, half of the immigrants worked in the town’s two textile mills in the early 1900s. And by 1930 in Waterville, ten percent of the Wyandotte Woolen Mill’s workforce was of Arab or Arab American origin, and most of them were weavers (Hooglund 1987, 100). The entire textile industry, from the milling of raw materials to the sale of the finished product, was vital to the earliest of the Arab immigrants who settled in industrial centers like New York and the Boston area. Although the highest concentration of textile producers was on the east coast in the first decades of the 1900s, immigrants and second generation Arab Americans eventually set up shop out West. For example, the 1937 Pacific Syrian-American Guide features numerous advertisements for “wash dress, ” “frock, ” and lingerie manufacturers throughout California, mostly in the Los Angeles area, and the Pacific Northwest.