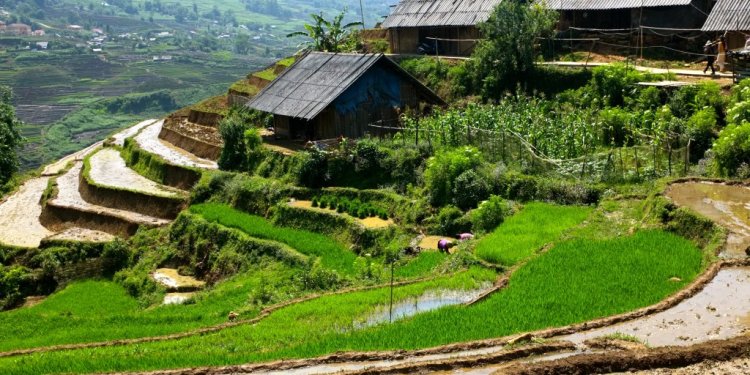 Textiles are some of the most important products created by societies around the world and across time. In this lesson, we'll see how weaving is used in textile production and explore various elements of this process.

Some things are practically defined by how they are made. Say that you wanted to make cookies. How would you make them? The most common answer is that you'd bake them. Technically, there are varieties of no-bake cookies, but the process of baking is so common that most people see cookies as synonymous with baking.

While cookies are exceptionally delicious, they are not exceptional in the close connection between process and product. Another very common place where we see this is in the production of textiles, human-made cloths or fabrics. Although there are technically multiple ways to make textiles, these products have almost always been associated with a single technique: weaving.

Weaving is essential to a great number of textile cultures, so let's get a little more familiar with process. Technically, weaving is defined by the interlacing of two individual strands of yarn or thread at right angles. This pattern creates a strong, yet flexible structure that holds the individual threads in place, thus creating a solid cloth or fabric. Even today, most textiles are woven. Many are woven by machines, creating an incredibly tight structure, but the process is essentially the same.

So, how does weaving work? The process of weaving begins with a fiber, a long and thin material with a certain amount of structural resilience. Fibers can be naturally occurring, like cotton or wool, or can be synthetically produced, like nylon. When multiple fibers are spooled together, they create a yarn or thread. The yarn or thread is then woven together into fabric.

Weaving itself involves two independent strands of yarn or thread, interlaced at right angles. That means that one strand of thread will always be horizontal, while one is always vertical.

Often, the warp is laid out first and set in place, with the weft being woven through the structure of the warp. Doing this requires a device to hold the warp taut. The most common device is called a loom, used commonly throughout history and around the world. Most looms are large, upright and heavy, so there were cultures that developed other methods of weaving.

Many Amerindian cultures of North and South America, for example, used backstrap looms, which anchored the warp between a solid object like a tree and a harness worn by the weaver. Other cultures simply wove using their fingers as the loom. Finger weaving is complex and not always as efficient for large-scale textiles, but can be used to create some intricate patterns.

There are many different weaves, but three stand out as the most common by far.

1. A plain weave is a simple pattern of over-under-over-under, etc. Basically, the weft goes over one strand of the warp, then under the next strand, then over the next one, etc. This is a simple, but strong weave used in a variety of fabrics, including chiffon and taffeta.