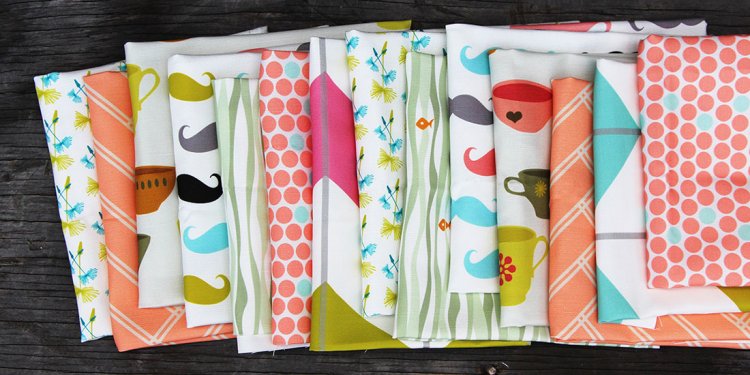 Moisture wicking fabric by the yard

Hands up if you love fabric shopping!! Whoa, yeah, that’s what I thought… 😉

Like anyone who’s had a site for a while (nearly 10 years, in my case!), I get an astounding amount of random email questions sent to me each day. Answering every single one of them takes up a considerable amount of my time, and sadly, I never get to reply to as many as I’d like. And frankly, sometimes I just get sick of telling people over and over that just because I posted about X magazine five years ago doesn’t mean I know where you can buy it! Or telling people that no, I don’t work for Burda/Patrones/Manequim/Lekala/whatever and I really can’t help you with your customer service issue.

For some reason, though, I received an unusually large amount of random questions while I was on holiday in NYC. I was moaning about it on Twitter, and Stacy suggested I compile them into an “Ask Melissa” column, which I thought was an excellent idea. I’ve spared you the truly random, boring ones, or the ones too specific to be applicable to anyone else, and instead just included a few here which others may be interested in.

I came across your website today and wanted to find out where you source the fabric for the sports clothes you make. Would you be able to tell me?

I’ve been admiring your work for several years now, having discovered you through your many rave reviews at patternreview.com. I’m not the best with knits, but I am about to try this summer, starting with your workout wear. I do CrossFit and high intensity classes, and am just giving up on finding clothes that will support my busty bust but fit my small rib cage. I am 32 DDD to G; can you recommend any of your patterns over the others for supporting large breasts? We spend a lot of time bouncing, upside down, etc. and form-fitting and supportive would be dreamy. And I see you even do bras; another reason I admire you!

By far the single biggest question I get with my exercise sewing patterns is “Where do I buy good fabric?”. Despite compiling a list of global stockists of exercise fabric, I totally get your frustration – it’s getting a lot easier to buy nice colours and quality wicking lycra, but prints are still difficult to get a hold of, and when you can, it’s often costly and difficult to match colours.

But what if you could buy just one yard of fabric and be able to sew up one garment with coordinating colours and stylish prints, and mix and match to make outfits that coordinate together, too?

I’m super pleased to announce that this is exactly what I and illustrator Laurie King have made happen! Laurie is an avid cyclist and dad to two small boys, and I’ve been a massive fan of his hand-drawn style since before he made that amazing couch on ITV’s The Cycle Show!

I’ve had this idea brewing for about 6 months now, but it took a design session with Laurie before the idea really came to life. Since I know the exact size and shape of all the pieces for my sewing patterns, I’ve created “zones” of print and colour on one yard of fabric using two of his prints in three different colourways. These prints are exclusively for your fabrics, too!! So there’s very little chance you’ll be exercising and catch someone across the room wearing the same thing!

The first collection is comprised of two prints – “Zigzag” and “Maps”, using three different colourways – “citrine/black”, “purple/citrine/teal”, and an “earthy” mix of forest green, slate blue, and muted red, which should be perfect for Fall and Winter.

The idea is that we’ll be changing these up and releasing different designs a few times a year, too, so we’re open to ideas on colour combinations you’re loving!

Wow, you all really do love a sale! It’s great to see so many of you sharing our enthusiasm for the new Lightspeed Leggings pattern, too! I hope you’ve had enough time to compose yourself after meeting our first athlete model, Jason, as today we’re going to take a look at our second athlete model, James. Yes, my husband James! 😘

Before you read any further, if you haven’t watched the latest Sewing Bee episode yet, I just want to inform you that there are screenshots from the challenges in this post, but I don’t reveal who won or who lost any of the challenges, so you’re safe to read on!

This week’s episode was all about activewear, and I’ve been SO excited ever since the theme was revealed in last week’s preview. I mean, how could I not be excited! The pattern challenge this week was to sew a men’s cycling top, and it was revealed that none of the contestants had much experience with sewing lycra, either!

“Perfect”, I thought, “what a great opportunity to show the 3 million viewers that sewing activewear can be really accessible, even on your first try!” But Patrick and Esme had other ideas, pretty much talking nonstop about how difficult and fraught with peril sewing activewear is. Umm, guys, it’s really not that hard! I’ve taught loads of people to sew their first leggings and they practically dance out of the room!

My next sewing pattern is very nearly ready to release, so it’s high time I gave you a pre-release look at what I’ve been slaving over the past few months, right? I’ve been dropping hints all over, but this pattern will be released simultaneously for women and men for the first time ever! I’ve been wanting to release menswear patterns since the very beginning and I’m super proud that my first is such a versatile one, too.

Woven fabric by the yard

Materials by the Yard

Nylon by the Yard