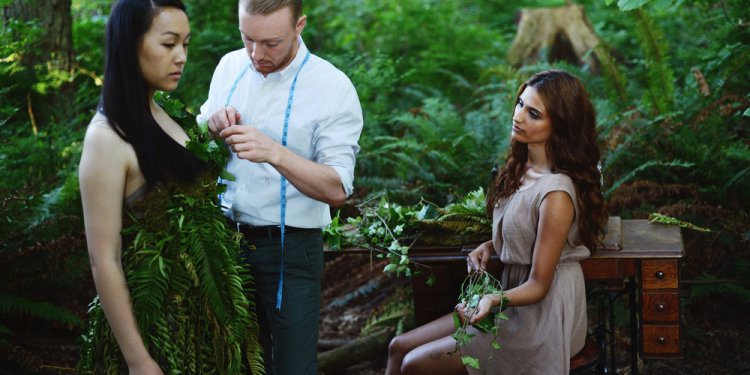 It might be surprising to learn that NASA and the military both need a fabric commonly found in lightweight, comfortable clothing. Rayon is not only a good substitute for cotton, but it is also ideal for making carbon fiber for use in rocket nozzles and heat shields.

Rayon is made from cellulose, which also is what makes up most of a plant. But to get the soft threads from it, textile manufacturers had to treat it with caustic, acidic and toxic chemicals at large factories by waterways.

"All of those materials ended up in the rivers that the plants had to be built next to, " Kaukler said.

In the late 1990's, the Environmental Protection Agency raised regulations on pollution, causing companies like the North American Rayon Corp. to cease the manufacturing of rayon because complying with the regulations would cost too much. But NASA and the military both needed that high-quality, viscous cellulose rayon to make a specific type of carbon fiber that was low in heat conductivity. What is currently made in other countries like China doesn't cut it.

The hard carbon fiber you see in everything from tennis rackets to car bodies wouldn't work. If it was in a rocket nozzle or heat shield, it would melt away far too quickly. But the rayon carbon fiber worked well in the Apollo capsule's heat shield and the nozzles of the Space Shuttle's solid rocket boosters, so NASA began stockpiling as much American-made rayon as they could. But now they have a problem.

"The stockpile only now has run out because the shuttle program has finished, " Kaukler said.

But the Space Launch System, which is NASA's first super heavy lift rocket since the Saturn V and is in development at the Marshall Space Flight Center also in Huntsville, uses similar, but larger boosters than the Shuttle. Those boosters need carbon fiber around the nozzles, too.

To address that need, Kaukler and his students have been coming up with a new way to make not only the rayon, but the carbon fiber needed for rockets. It needs to be identical in properties to the rayon NASA and the military stockpiled, too.

What they came up with is completely environmentally friendly. Their process relies on mostly harmless chemicals, namely, ionic liquids and alcohol. They can make it in a small lab, like the Reliability and Failure Analysis Laboratory at UAH, rather than a large factory next to a river. They can work in normal clothes rather than hazmat suits, and they recycle all their byproducts. It took Kaukler years, but now his patent is finally approved.