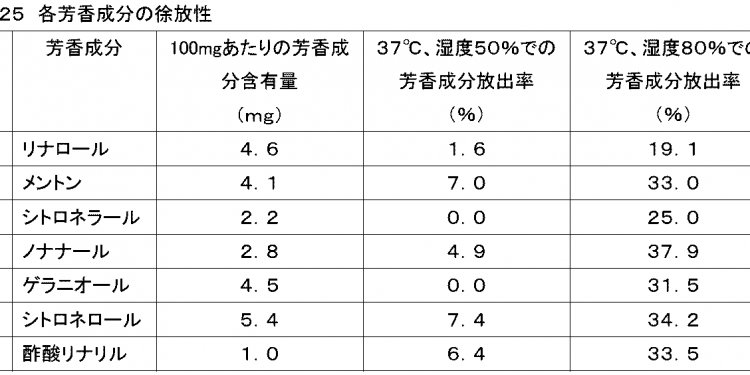 Federal Trade Commission Definition for Rayon Fiber:  In the production of rayon, purified cellulose is chemically converted into a soluble compound. A solution of this compound is passed through the spinneret to form soft filaments that are then converted or regenerated into almost pure cellulose. Because of the reconversion of the soluble compound to cellulose, rayon is referred to as a regenerated cellulose fiber.

There are several types of rayon fibers in commercial use today, named according to the process by which the cellulose is converted to the soluble form and then regenerated. Rayon fibers are wet spun, which means that the filaments emerging from the spinneret pass directly into chemical baths for solidifying or regeneration.

Viscose Process
Most commercial rayon manufacturing today utilizes the viscose process. This process dates to the early 1900s, with most of the growth in production occurring between 1925 and 1955. In the early period, production was mainly textile filament, although the first staple was produced in 1916. High performance rayons, such as tire cord, did not appear until the late 1930s, with the advent of hot-stretching and addition of larger amounts of zinc to the spin bath. Invention of modifiers in 1947 brought on super tire cords and marked the beginning of the high-performance rayon fibers.

All of the early viscose production involved batch processing. In more recent times, processes have been modified to allow some semi-continuous production. For easier understanding, the viscose process is a batch operation. Click on each process step for a brief explanation.

Cellulose
Purified cellulose for rayon production usually comes from specially processed wood pulp. It is sometimes referred to as dissolving cellulose or dissolving pulp to distinguish it from lower grade pulps used for papermaking and other purposes. Dissolving cellulose is characterized by a high a -cellulose content, i.e., it is composed of long-chain molecules, relatively free from lignin and hemicelluloses, or other short-chain carbohydrates.

Steeping
The cellulose sheets are saturated with a solution of caustic soda (or sodium hydroxide) and allowed to steep for enough time for the caustic solution to penetrate the cellulose and convert some of it into soda cellulose, the sodium salt of cellulose. This is necessary to facilitate controlled oxidation of the cellulose chains and the ensuing reaction to form cellulose xanthate.

Shredding
The soda cellulose is mechanically shredded to increase surface area and make the cellulose easier to process. This shredded cellulose is often referred to as white crumb.

Aging
The white crumb is allowed to stand in contact with the oxygen of the ambient air. Because of the high alkalinity of white crumb, the cellulose is partially oxidized and degraded to lower molecular weights. This degradation must be carefully controlled to produce chain lengths short enough to give manageable viscosities in the spinning solution, but still long enough to impart good physical properties to the fiber product.

Xanthation
The properly aged white crumb is placed into a churn, or other mixing vessel, and treated with gaseous carbon disulfide. The soda cellulose reacts with the CS2 to form xanthate ester groups. The carbon disulfide also reacts with the alkaline medium to form inorganic impurities which give the cellulose mixture a characteristic yellow color  and this material is referred to as yellow crumb. Because accessibility to the CS2 is greatly restricted in the crystalline regions of the soda cellulose, the yellow crumb is essentially a block copolymer of cellulose and cellulose xanthate.

Dissolving
The yellow crumb is dissolved in aqueous caustic solution. The large xanthate substituents on the cellulose force the chains apart, reducing the interchain hydrogen bonds and allowing water molecules to solvate and separate the chains, leading to solution of the otherwise insoluble cellulose. Because of the blocks of un-xanthated cellulose in the crystalline regions, the yellow crumb is not completely soluble at this stage. Because the cellulose xanthate solution (or more accurately, suspension) has a very high viscosity, it has been termed viscose.

Ripening
The viscose is allowed to stand for a period of time to ripen. Two important process occur during ripening: Redistribution and loss of xanthate groups. The reversible xanthation reaction allows some of the xanthate groups to revert to cellulosic hydroxyls and free CS2. This free CS2 can then escape or react with other hydroxyl on other portions of the cellulose chain. In this way, the ordered, or crystalline, regions are gradually broken down and more complete solution is achieved. The CS2 that is lost reduces the solubility of the cellulose and facilitates regeneration of the cellulose after it is formed into a filament.

Filtering
The viscose is filtered to remove undissolved materials that might disrupt the spinning process or cause defects in the rayon filament.

Degassing
Bubbles of air entrapped in the viscose must be removed prior to extrusion or they would cause voids, or weak spots, in the fine rayon filaments.

Spinning -
The viscose is forced through a spinneret, a device resembling a shower head with many small holes. Each hole produces a fine filament of viscose. As the viscose exits the spinneret, it comes in contact with a solution of sulfuric acid, sodium sulfate and, usually, Zn++ ions. Several processes occur at this point which cause the cellulose to be regenerated and precipitate from solution. Water diffuses out from the extruded viscose to increase the concentration in the filament beyond the limit of solubility. The xanthate groups form complexes with the Zn++ which draw the cellulose chains together. The acidic spin bath converts the xanthate functions into unstable xantheic acid groups, which spontaneously lose CS2 and regenerate the free hydroxyls of cellulose. (This is similar to the well-known reaction of carbonate salts with acid to form unstable carbonic acid, which loses CO2). The result is the formation of fine filaments of cellulose, or rayon.

Drawing
The rayon filaments are stretched while the cellulose chains are still relatively mobile. This causes the chains to stretch out and orient along the fiber axis. As the chains become more parallel, interchain hydrogen bonds form, giving the filaments the properties necessary for use as textile fibers.

Washing
The freshly regenerated rayon contains many salts and other water soluble impurities which need to be removed. Several different washing techniques may be used.

Cutting
If the rayon is to be used as staple (i.e., discreet lengths of fiber), the group of filaments (termed tow) is passed through a rotary cutter to provide a fiber which can be processed in much the same way as cotton.

Other forms of regenerated cellulose fibers that are classified by the Commission as rayon without separate, distinctive names include high wet modulus rayon, cuprammonium rayon and saponified rayon.