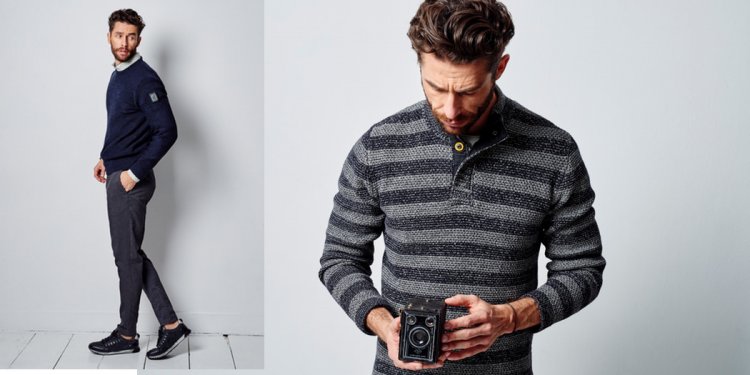 A reader asked me yesterday how, exactly, do you recognise a quality garment?

Well, there are several things to look out for. I mentioned in a blog that you should focus on fabric, cut and finish, so let's look at the first of those three areas - fabric.

Fabric is made from fibres, of which there are two types - natural and man-made.

Man-made fibres include completely synthetic fibres (such as nylon) which are usually petroleum byproducts, and 'man-made' fibres (such as viscose) which are reconstructed from natural materials such as wood pulp. The advantage of man-made fibres is that they're cheap to produce, but their disadvantages are that some do not wear well, and because they aren't natural, they don't 'breathe', allowing you to sweat. Many are also cold to the touch, which can be either an advantage or a disadvantage. They may also have implications for the environment in that they don't biodegrade (polyester is an exception to this, as if destroyed at high temperature, it results in carbon and water, making it quite eco-friendly).

All man-made fibres begin life as a kind of 'soup' of molecules which are then stuck back together to form filaments. These are then twisted together to make threads. This enables man-made fibres to be produced in vast quantities, but it can also leave them inherently weak. Viscose is one of the worst, and has a tendency to pill and fracture - no viscose garment will be long-lived. On the other hand, microfibre filaments are among the strongest fibres available, creating fabrics that are smoothy, drapy and hard to put a pin through. Synthetic fibres can now also be produced with permanent crinkle finishes that produce an alluring texture - the Japanese manufacturers such as Nuno are the world leaders in these specialised fabrics.

Natural fibres, in contrast, are produced from either plant (cellulose) fibre such as cotton bolls, flax stems or hemp stalks, or created from animal (protein) pelts such as sheep wool, alpaca and cashmere. There is also one very specific animal fibre that is produced in a different way - silk, which is made from the cocoon of the silk moth in a way not dissimilar from untwisting a spider's web. Sericulture - silk production - is a specialised skill that for centuries was kept secret by its discoverers, the Chinese.

The length of the natural fibre varies - the longest is silk, a single filament of which can be over a mile long, and the shortest is 'short-staple' cotton - the lowest-quality cotton, whose tufts may be half an inch long or less. Linen lies somewhere in between, with filaments about three feet long, and wool is shorter, at several inches for the longest 'staples'.

The simple rule with natural fibres is, the longer the staple, the better quality the resulting fabric will be. Egyptian cotton, for instance, has tufts that are about three inches long, which means that when they're twisted together to make thread, and later fabric, they lie very smooth and flat. This is why you pay a premium for Egyptian cotton but it is also why the fabric lasts longer. I have bedding and towels nearly 20 years old made from Egyptian cotton, which is still going strong and has seen off many cheaper rivals in the meantime.

In silk, long, unbroken lengths are only produced when the silk cocoon is boiled with the grub still inside, at which point the cocoon can be unwound like a reel of thread. If the grub should hatch out, the threads are broken, but many silk fabrics are produced using exactly this method, which results in slubs and breaks in the fabric that give a very attractive texture - examples include tussah and shantung.

In wools, the longest staple is found on animals like Merino sheep, which produce a wool that is flat, silky and very hard-wearing. Again, you pay a premium for it, but with care, a merino sweater will last virtually a lifetime. However, there are other qualities in wool that we find valuable, such as 'loft' - lightness and fluffiness that traps air and keeps you warm, and simple softness. For loft, few wools are better than Shetland, which is amazingly lightweight for the warmth it gives, while for sheer softness, you're looking at premium-price fibres such as angora, camelhair, alpaca and cashmere.

What to look for

For practical purposes, most of us wear fabrics that are mixtures of natural and synthetic fibres, but when you're looking for quality in a garment, you should generally look for the highest percentage of natural fibre you can afford (the exception is if you wear garments made from the very modern, high-end synthetics produced by firms such as Miyake, which carry a premium for their rarity and exclusivity).

For daily wear, a pure cotton blouse will wear much better, and feel more comfortable on the skin than a blouse that is 30 per cent polyester, and if it's Egyptian or Sea Island cotton, it will feel smoother and silkier too. A pure cashmere coat is a serious investment that you would expect to wear for 20 years or more, but it is both warm and beautifully soft.