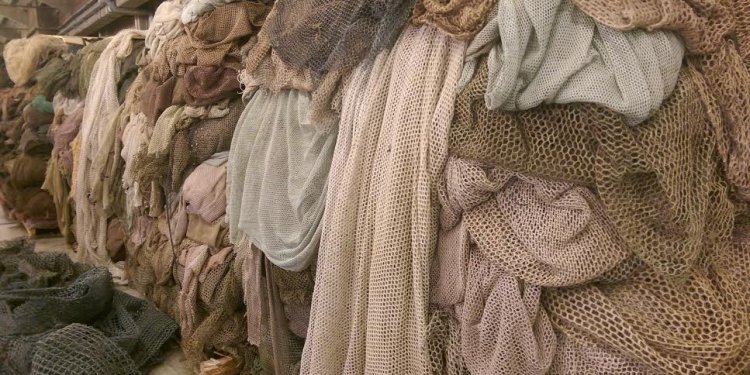 
We tend to take textiles for granted because they are so pervasive in our lives. From clothing to interiors, to industrial and medical applications, textiles are fundamental to design. Textile media have also resulted in remarkable works of art.

We will look at:

Cotton:Fiber from seed hair of the cotton plant, earliest known in India and South America before 2, 000 B.C. Flax: Plant which produces the bast fiber used to make linen yarn and cloth; originated in the Mediterranean region; earliest known use by Swiss Lake Dwellers c. 8, 000 B.C.; has a natural "s" twist.

Cord: Term for a yarn in which two or more plied yarns are twisted together. (see diagram)

Cotton: Fine vegetable seed hairs or fibers which surround the cluster of seeds to which they are attached; Grown in warmer temperate and tropical regions for the fine white (sometimes brown) cellulose fiber. Originated in India; oldest documented use in India (Mohenjo Daro) c. 3500 B.C. and Peru c. 3, 000 B.C. Cotton has a natural "z" twist.

Linen: Term for yarn and cloth made from flax.

Ply: Refers to the number of single spun yarn elements twisted together to form a heavier and stronger yarn, called a plied yarn. (see diagram)

Sericulture: Term for the process of raising silkworms and producing silk yarn from their cocoons.

Silk: A continuous protein filament secreted by certain larvae in order to make their cocoons. The species Bombyx mori is the variety most commonly cultivated, as it produces especially fine, lustrous, white fibers. Silk production was developed in China c. 2700 B.C.

Spindle: A slender rod which is rotated in order to twist fibers into yarn. A drop spindle has a weight at one end to improve its rotation.

Spinning wheel: device used to twist fibers into yarn, in which the spindle is turned by the use of a wheel.

Wool: Usually refers to the fine, soft, scaly fibers covering the skin of sheep, although it may occasionally be used as well to refer to the hair of the Angora goat (Mohair), the Cashmere goat, the Camel, and the Alpaca, or Vicuna (animals of the Andean plateau). Sheep were first domesticated in prehistoric times in Central Asia, and the use of wool textiles was widespread in ancient times.