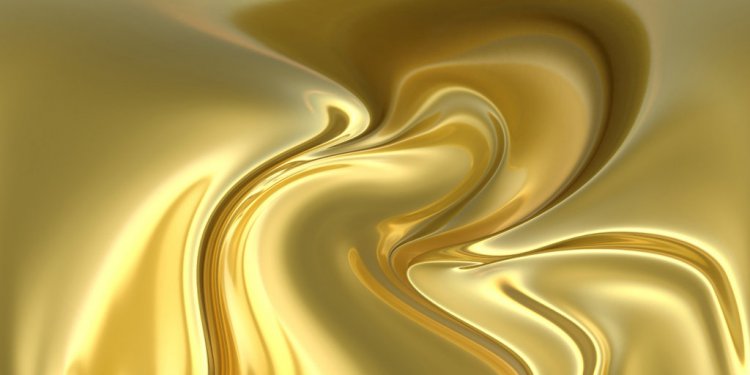 Silk is usually made from the cocoons spun by silkworms - but there is another, much rarer, cloth known as sea silk or byssus, which comes from a clam. Chiara Vigo is thought to be the only person left who can harvest it, spin it and make it shine like gold.

Villagers stare as I knock on the door of Chiara Vigo's studio, otherwise known as the Museum of Byssus, on the Sardinian island of Sant'Antioco. One sign on the door says: "Haste doesn't live here." Another adds: "In this room nothing is for sale."

Vigo is sitting in a far corner of the room surrounded by yarns and canvasses, holding hands with a young woman whose eyes are full of tears. She caresses her and braids a bracelet while staring intensely at the girl.

Then she hums a song with her eyes closed and fixes the bracelet on the girl's wrist. She reaches for the window and opens the shades to let the sunlight in and instantly the dark brown bracelet starts to gleam.

The girl is flabbergasted but this is no magic.

The bracelet is made of an ancient thread, known as byssus, which is mentioned on the Rosetta stone and said to have been found in the tombs of pharaohs.

Some believe it was the cloth God told Moses to lay on the first altar. It was the finest fabric known to ancient Egypt, Greece and Rome, and one of its remarkable properties is the way it shines when exposed to the sun, once it has been treated with lemon juice and spices.

Another is that it is extraordinarily light. Chiara Vigo asked me to close my eyes and extend my hand. I knew what she was going to do, but still I could not tell when a small square of the cloth touched my skin.

The raw material comes from the glistening aquamarine waters that surround the island. Every spring Vigo goes diving to cut the solidified saliva of a large clam, known in Latin as Pinna Nobilis.

She does it early in the morning, to avoid attracting too much attention, and is accompanied by members of the Italian coastguard - this is a protected species. It takes 300 or 400 dives to gather 200g of material.

Then she starts weaving it, but as the sign on the door says, it is not for sale.

"It would be like commercialising the flight of an eagle, " Vigo says.

"The byssus is the soul of the sea. It is sacred."

She gives the fabric to people who come to her for help. It may be a couple who have decided to marry or who have married, a woman who wants a child, or one who has recently become pregnant. Byssus is believed to bring good fortune and fertility.

"Before it was emperors [who wore byssus], now it is young women and newlywed couples, " Vigo says. "I weave for outcasts, the poor, people in need."

A steady stream of them, mostly Italian, arrive throughout the day. If they bring a child's christening dress, she will embroider it.

Vigo's father died when she was eight and her mother was an obstetrician who mostly worked away from home, so much of the time she was looked after by her grandmother - and it was her grandmother who taught her the art of working and embroidering with byssus. She in turn had learned it from her own mother, and so on, back through the generations.

"Weaving the sea silk is what my family has been doing for centuries, " Vigo says. "The most important thread, for my family, was the thread of their history, their tradition."

They have never made a penny from it, she points out. She herself married a coal miner, and they live on his pension and the occasional donation.

According to Vigo, the skill was brought to Sant'Antioco by Princess Berenice, great-granddaughter of the Biblical Herod, Herod the Great, during the second half of the First Century.

Her family remains Jewish, unlike many others in southern Italy and Sardinia who converted to Christianity long ago, but continued to set a table for the Sabbath on Friday evenings well into the 20th Century, without knowing why.

According to Gabriel Hagai, professor of Hebrew Codicology at the Ecole Pratique des Haute Etudes in Paris, Vigo is "the last remnant" of a combination of Jewish and Phoenician religious practices that was once far more widespread in the Mediterranean.

"I met Chiara through a fellow professor in Paris, and I was sceptical at first, " he says. "This craft combined folklore and religion [but] she has allowed us to reconstruct a forgotten and missing part of our history."

Up until the Mussolini era there were still a number of women in Italy who were skilled with byssus, says Evangelina Campi, a professor of Italian history and author of La Seta del Mare (The Silk of the Sea).

Some even tried to set up a business and make money from it.

"The factory ran out of business in three months, " Campi says. "This is a thing you cannot profit on. Strangely, something bad has happened to people who wanted to manufacture byssus on a large scale in the past. It's like God sending a message."

Even now, there are still a few elderly women in Apulia (the heel of Italy) who can weave it, Campi says, but none who can make it shine, or dye it with traditional colours, in the way that Vigo can. And Vigo is the only person in Italy who still harvests it.

In the evening, Vigo spends a couple of hours teaching people how to weave with byssus.

After that, at sunset, I go with her to a deserted cove where she prays twice a day.

"You have to be respectful to the place you live in. You are just passing by, these places are here to stay. And the sea has its own soul and you have to ask for permission to get a piece of it, " she says.

Her chant, which mixes ancient Sardinian dialect and Hebrew, echoes off the rocks.

"I pray for what has been and what will be, " she says.

One thing that will be is that Vigo's daughter - currently a student in northern Italy - will one day tread in her mother's footsteps.

"My daughter, although I will leave very little to her, will have to continue this tradition, " she says, "so humankind can benefit from it."