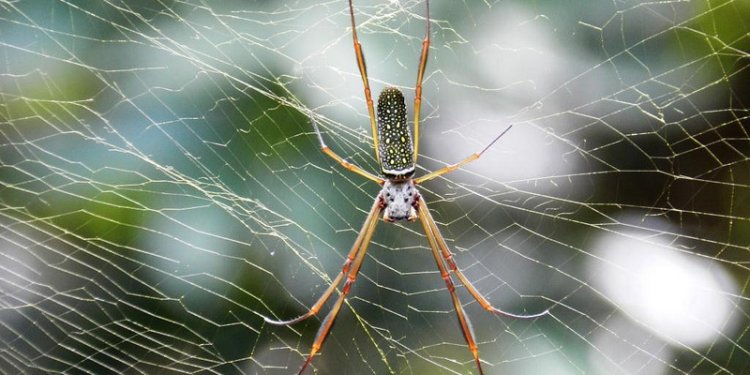 The banana spider — Nephila clavipes — is a large, brightly colored species of spider native to the warmer regions of the Americas. The spider is often recognized by its large webs — which often feature zigzag patterns — and its distinctive coloring. It is most commonly found in swampy regions and near the coasts, and is also known by its common name — the golden silk orb weaver spider. In general though, all of the spiders of the genus Nephilia are known as banana spiders, not just Nephila clavipes.

And while in the region that I live in “banana spiders” are all from the genus Nephilia, the name “banana spider” actually refers to a number of different types of spider, depending on the region: the golden silk orb weaver, a type of spider native to the Western Pacific known as Argiope appensa, and also the Brazilian wandering spider. This article will be focused solely on the golden silk orb-weaver though.

The spiders of the Nephila genus can vary very significantly in color depending on the species — from rust-red type colors, to yellowish greens, to white. “Like many species of the superfamily Araneoidea, they have striped legs specialized for weaving (where their tips point inward, rather than outward as is the case with many wandering spiders). Their contrast of dark brown/black and green/yellow allows warning and repelling of potential predators to whom their venom might be of little danger.”

Female golden silk orb-weavers typically grow to sizes of about (body size, not including legspan) 1.5 – 2 inches. When legs are included, they regularly span more than half a foot. Males are usually around 2/3 smaller than the females. The biggest specimen ever reported on was a 2.7 inch (body size, not including legs) female — though it’s now debated whether that individual may have been from a previously unrecognized subspecies.

That individual was apparently big enough to catch, kill, and feed on a finch — a type of small bird. Perhaps more impressively though, “in 2012 a large individual was photographed killing and consuming a half-meter-long brown tree snake in Freshwater, Queensland.”

“The webs of most Nephila spiders are complex, with a fine-meshed orb suspended in a maze of non-sticky barrier webs. As with many weavers of sticky spirals, the orb is renewed regularly if not daily, apparently because the stickiness of the orb declines with age. When weather is good (and no rain has damaged the orb web), subadult and adult Nephila often rebuild only a portion of the web. The spider will remove and consume the portion to be replaced, build new radial elements, then spin the new spirals, ” as Wikipedia notes.

“The circular-orb portion of a mature N. clavipes web can be more than 1 meter across, with support strands extending perhaps many more feet away. In relation to the ground, the webs of adults may be woven anywhere from eye-level upwards high into the tree canopy. The orb web is usually truncated by a top horizontal support strand, giving it an incomplete look.”

With regards to the bite of the animal — it is potent, but it’s nowhere near deadly for humans. The type of poison is similar to that used by black widows, but much less powerful. What you can typically expect from a bite is some redness, discomfort, blisters, and possible swelling — this should all pass within a day or two though. Of course there are those that may possess allergies to the venom, in which case it could be much more dangerous.