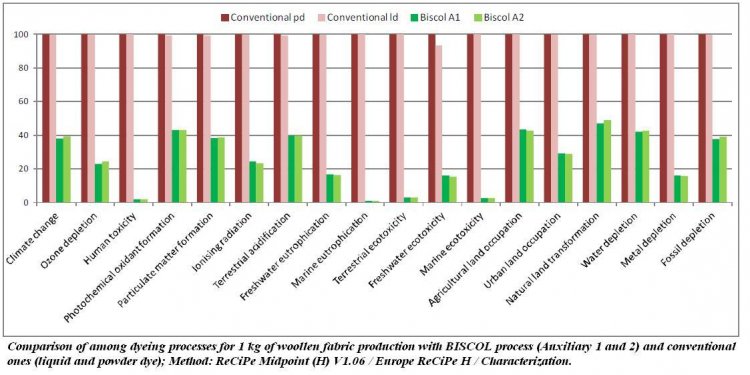 Nike and Adidas are beginning to use what they call a "revolutionary technology" for the textile industry — a carbon-based process that dyes polyester without the use of water or chemicals.

The technology, Nike says, can revolutionize textile manufacturing, whose toxic footprint comes mostly from dyeing and which relies on enormous amounts of water.

"We want to collaborate with progressive dye houses, textile manufacturers and consumer apparel brands to scale this technology and push it throughout the industry, " says Eric Sprunk, Nike’s vice president of merchandising and product.

Adidas debuted clothing made with the process last year and Nike just opened its first dedicated facility in Taiwan. The equipment is made by DyeCoo Textile Systems.

Here's how it works. Carbon dioxide is put under extreme pressure, which temporarily turns it into a liquid that subsitute for water in dyeing textiles. As it cools, the carbon turns back to a gaseous state, where 95 percent of it can be recycled and used again.

Without the use of water, fabrics don't have to be dried — and that saves 60 percent of energy. They also dye 40 percent faster.

And there's no need to add chemicals to get the dye to adhere to clothes, as is necessary when water is the medium.

Founded in 2008, Netherlands-based based DyeCoo is the world's first supplier of industrial carbon-dyeing equipment. The process was invented some 25 years ago, but DyeCoo figured out how to make it cost-effectively. Introduced to the market the year, it only dyes polyester; DyeCoo is working on expanding it to cotton and other materials.

Both Nike and IKEA are investors in DyeCoo through their venture capital arms.

Conventional textile dyeing is extremely water and chemical-intensive: for every two pounds of textiles dyed, 25-40 gallons of water is used. Nike's contracted textile plants consume about 3 billion gallons of water a year to process polyester and cotton for its products, and Nike itself uses 325 million gallons more.

Although Nike has been known as a sustainabilty leader for years, Greenpeace's "Dirty Laundry" report linked Nike and 13 other major clothing brands' suppliers to the release of hazardous and hormone-disrupting chemicals into Chinese rivers. Industrial waste water with a wide range of toxic chemicals was being dumped into rivers in two of China's most important textile manufacturing zones.

Since then, Nike has partnered on a "bluefinder" tool, which directs suppliers to pre-screened, sustainable textile preparations (dye systems, detergents and other process chemicals used in the manufacturing process).