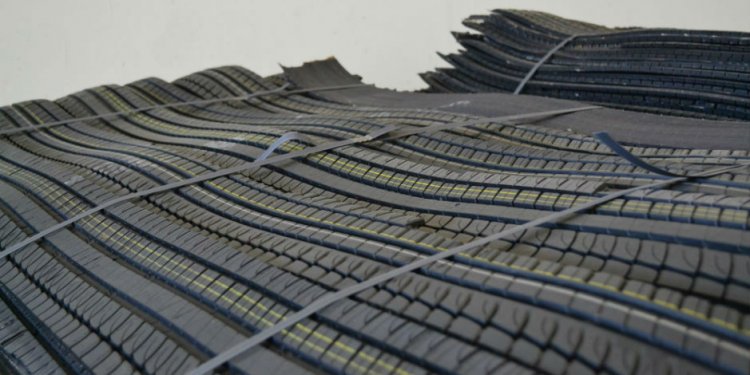 When it first entered the public consciousness in 1938, nylon claimed a novelty no other product could match. Its predecessor, rayon, had been touted as “artificial silk, ” a phrase that implied both economy and imitation. But nylon was billed by its manufacturer, DuPont, as a thing unto itself. As the first commercially viable synthetic fiber, nylon ushered in a fashion revolution based on comfort, ease, and disposability. Its strength, elasticity, weight, and resistance to mildew helped the Allies win World War II. Behind the scenes the invention of nylon also transformed the chemical industry by proving that the composition of polymers could be predicted and engineered like many other chemical products. Today nylon—in toothbrushes, carpet, racket and guitar strings, surgical sutures, car parts, and, of course, hosiery—is all around us.

The first venture of E. I. du Pont de Nemours and Company into artificial fibers came in 1920 when it purchased a 60% interest in Comptoir des Textiles Artificiels, a French rayon company, for $4 million. The combined firm, named the DuPont Fiber Company, eventually became the Rayon Department of the DuPont Company. Although rayon proved popular and profitable, the company expended considerable resources in improving the brittle fiber’s texture and performance—in 1934 alone the company spent $1 million on rayon research.

In December 1926 Charles M. A. Stine, the director of DuPont’s Chemical Department, circulated a memo to the company’s executive committee that suggested the committee was looking in the wrong place for innovation. Rather than investing in practical research directly related to such existing products as rayon or ammonia, Stine argued, DuPont should fund “pure science work.” This work would be centered on “the object of establishing or discovering new scientific facts” instead of research that “applied previously established scientific facts to practical problems.” Stine’s proposal was not new to industry—both General Electric and Bell Telephone operated industrial research laboratories—but his insistence that the research be “pure” or “fundamental” was a fairly radical idea for a company focused on profits. Nevertheless, the executive committee approved a slightly modified version of Stine’s proposal in March 1927. Stine was granted $25, 000 a month for research and was told to hire 25 of the best chemists he could find. The committee also approved funds to build a new laboratory, soon dubbed “Purity Hall” by DuPont chemists.

Stine encountered much more difficulty in attracting chemists to DuPont than he had anticipated, largely because academic scientists doubted whether they would truly be allowed to do pure research in an industrial setting. A year later, however, he made a spectacular hire when he convinced Wallace H. Carothers, a young organic chemistry lecturer at Harvard University, to join DuPont. Carothers proposed to center his research on polymerization, the process by which individual short molecules form long-chain macromolecules. Before Carothers’s groundbreaking work most chemists based their polymers on complicated “recipes” largely determined by chance. Moreover, the nature of polymers was poorly understood, with some researchers convinced that the sticky resins represented complex colloidal systems, while others advocated the long-chain molecule theory originally advanced by Hermann Staudinger, a German chemist. Carothers hoped to offer definitive proof of Staudinger’s theory by constructing polymers from small organic molecules with known reactivity at both ends.

Carothers’s success was almost immediate. In April 1930 Julian W. Hill, a research associate in Carother’s group, produced a long polymeric ester with a molecular weight of more than 12, 000 by combining a dialcohol and a diacid—this was the first “polyester.” Hill’s polyester fibers had a remarkable property: when cooled, the thin, brittle filaments could be pulled into an elastic thread four times their original length. DuPont researchers soon realized, however, that this first polyester would never succeed as a commercial fiber because its low melting point made laundering and ironing impractical.

For the next four years attempts to create commercially viable synthetic fibers were stymied by the twin problems of low melting points and high solubility in water. In 1934 Elmer Bolton, the new chemical director at DuPont, urged Carothers to return to the problem. Carothers agreed, but this time he would focus on polyamides rather than polyesters. On 24 May 1934 a member of his research team, Donald D. Coffman, successfully pulled a fiber of a polymer based on an aminoethylester. His fiber—ultimately the first nylon—retained the remarkable elastic properties of the polyesters but lacked their drawbacks. However, since the intermediate used to form the polymer, aminononanoic ester, was tremendously difficult to produce, Carothers and his associates kept looking.