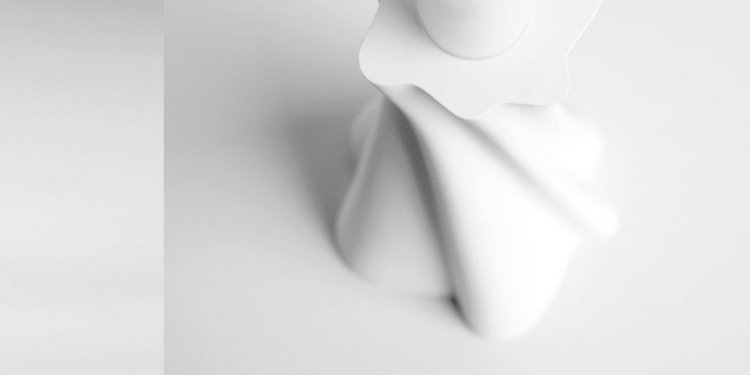 The Silk Market is the main monument of the city and a masterpiece of civil Gothic architecture. The building has been declared by UNESCO as part of Humanity's Heritage. Construction on the Lonja began in 1483, a project of renowned master builder Pere Compte. Its resemblance to old Medieval castles is based on the rigid appearance of a fortress accentuated by its stone walls. The building contains four main parts, each one for a different use: the main Tower, the Consulado del Mar room, the Patio de los Naranjos (Orange tree courtyard), and the Contracts Room (with many spiral columns).

Built during Valencia's golden age, the 15th century, when the Kingdom of Valencia was at its economic and cultural peak, serving as the flagship of the Crown of Aragon throughout the Mare Nostrum, the Valencia Silk Exchange, or Lonja de la Seda, is one of the best examples of Gothic civil architecture in the entire Mediterranean. This architectural masterpiece was declared a UNESCO World Heritage Site in 1996. Visitors entering the forest of palm-tree-shaped columns that span its magnificent main hall, are spellbound by its enigmatic carvings, which hold the secrets and mysteries of a society that was just opening itself up to the Renaissance - secrets that still remain hidden to us today.

The silhouette of the Lonja and its main façade, which overlooks the historic Plaza del Mercado, is part of one of the most attractive and architecturally important corners of the ancient capital of the Region of Valencia. To the left, above its traditional little porxets, or porticoes, stands the Royal Church of St.John of the Market, known as the Santos Juanes. Also Gothic, and splendidly decorated in the Valencian Baroque style, it was declared a National Historic Monument in 1947. Opposite, stands the no less impressive Central Market, with its wrought-iron, ceramic and glass cupolas. One of the most outstanding Modernist buildings in Valencia, it still functions as a market, and is one of Europe's largest fresh food outlets. The busy atmosphere inside immerses visitors in a myriad of delightful smells, flavours and colours.

This outstanding urban space was already an area of tradesmen and merchants in medieval times, when the church of the Santos Juanes was still a mosque. The Silk Exchange stands on a rectangle of ground covering about 2, 000 square metres. In the late 13th century, before the building that you see here today existed, the old exchange stood here. But the financial momentum the city was gradually acquiring as capital of Jaime I's new kingdom, meant the city had to build a new exchange, more in line with its requirements, and more ornate in style.

The first stone was laid in 1482, after the City Council purchased 25 houses for demolition, to obtain land for the new building, and construction began one year later. The man behind this project was the engineer and architect, Pere Compte, but he never saw his work completed. After his death a number of masterbuilders continued to work on the part of the building that was to become the Consulat del Mar, or Consulate of the Sea, which Compte had begun in 1498, and which was finished in 1548.

The Silk Exchange was the only building in Valencia devoted to the mercantile transactions that were so closely linked to the city’s prosperous 15th-century trade, which was unaffected by political problems with Catalonia and Aragon, and to the leading role of its emerging urban middle-classes. In this predominantly commercial and urban context, the construction of the Silk Exchange was thoroughly justified.

Commerce became the basis of the Valencian economy during this period, and Valencia was a fundamental point of exchange, in terms of the Mediterranean area. It was the port of Castile, and had trade relations with cities in France, Italy and North Africa. The currency of the Kingdom of Valencia was strong, and the city became rich and grew in economic, cultural and artistic terms. Many magnificent civil, military and religious buildings dating form this period can still be seen today, as well as some exceptionally beautiful works of art that are kept in the city's museums.

The Valencia Silk Exchange comprises three distinct buildings and a garden, known as the Courtyard of the Orange Trees, which unites the whole in a perfect rectangle. Around half its surface area is taken up by the majestic Contract Hall, with its columns. Commercial deals were struck here in this hall: it is one of the building's most important rooms and, along with the tower, which housed the chapel on its ground floor, and the merchants’ gaol on the upper floor, it was the earliest part of the building.

The hall of columns is divided into three aisles lengthways, and five across, by the eight columns supporting up the vaulted roof. The ceiling is 17.40 metres high, and the spiral columns are like huge monuments – the ropes of a ship, or skeins of silk. They fan out as they touch the vaulted ceiling, like Mediterranean palm-trees, and transform into the ribs of the vaults, once painted with gold-leaf stars.

With its floor made up of slabs of black, white and cinnamon-coloured marble, joining to form six-pointed stars surrounded by squares, the hall captivates passers-by as they walk through the doorway that leads on to the Plaza del Mercado.

A frieze runs around the entire room, about 11 metres from the ground, with gold lettering on a dark background that reminds tradesmen of their duties as Christian merchants:
"…Fellow countrymen, see how kind trade can be,
when there is no fraudulency in words, when
promises are made to ones fellow men and not broken,
when money is not given with usury…"

It was here in this hall that the Taula de Canvis, or Exchange Table, was introduced in 1407 by the Municipal Council, earning due respect thanks to its solvency and the volume of its banking transactions. Today, the Taula is kept in the Valencia Municipal Archives, along with the first Bill of Exchange known in Spain.

On the lower floor of the Turret, which is the second section of the building, stood the Chapel of the Immaculate Conception, with Gothic moulding and groin-vaulting, while its two upper floors held the gaol for merchants who were declared bankrupt or failed to pay their debts.

An artistic wrought-iron grille, originally from the former Town Hall, separates the chapel from the hall of columns. From here there is also a doorway onto the magnificent stone spiral staircase. It has no central axis, and is a real display of the great Pere Compte's craftmanship. Known as an "open well" spiral staircase, the steps are embedded into the cylindrical wall, leaving the centre free. It is an example of the complexity and level of technical skill achieved by Valencian stonemasons in the 14th and 15th centuries.