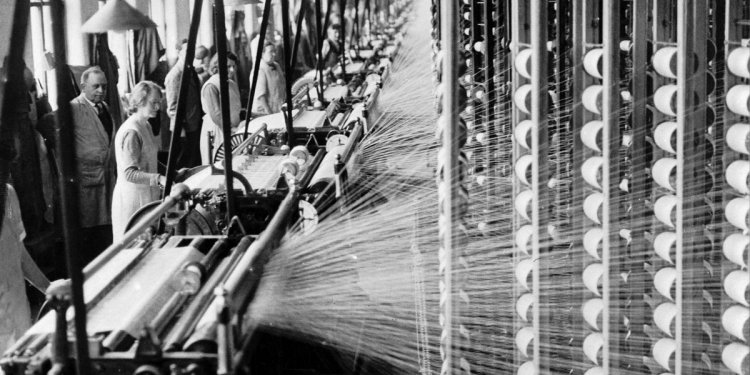 At first sight this looks like another of those increasingly common commodity books, some of which are intended to be global in scope, and which include studies of chocolate, sugar, cod, salt and many others (digestible or not!). As Riello points out, commodities are a good way to tell a global story since many of them have been traded throughout the world for centuries. But Cotton, Riello insists, is not a history of a commodity called ‘cotton’ since he sees this is as a book covering everything from the raw material through to the various manufacturing and finishing processes, diverse products and their trade and consumption in markets world-wide.

Riello’s long-term interests both in global history and in textile and fashion history have positioned him well to undertake this ambitious project. He was previously engaged in the activities of the Global Economic History Network based at the London School of Economics and later co-edited several books that inform Cotton, notably The Spinning World: A Global History of Cotton Textiles, 1200-1850, How India Clothed the World and Global Design History. He says that his experiences on the LSE project taught him a lot about global history, still a relatively new field of enquiry, and indicated the enormous challenges and pitfalls for those valiant enough to engage in it. Not surprisingly Cotton deals with big questions, enormous geographical diversity, complex economic arrangements and huge sweeps of time.

How is all this accommodated? First, in a narrative that tells the story of how cotton became global and a key element in production, exchange and consumption in many societies around the world. By the early 14th century India had developed many regions specialising in producing different kinds of cotton textiles, traded widely across the Indian Ocean. Cotton textiles also flourished in China and to a lesser extent in Southeast Asia and parts of Africa, before becoming a major item of trade and consumption in Europe. Indeed, cotton textiles were probably the most traded commodity in the medieval and early modern world, hence the global dimension, brought about at first by ‘tenuous links’, across Asia, Africa and Europe. The narrative continues into the age of slave cultivation in the Americas and ultimately of mass manufactures in the European and North American industrial revolutions. This last part of the story, best known to most, takes on a different dimension viewed in the longer time frame and more diverse global contexts, indeed, as Riello puts it, in a more dynamic past stretching back many centuries before the technological innovations that transformed cotton textile production. Indeed, when one looks at the print of a water-powered multiple spinning frame used in China in the early 14th century, the message is crystal clear.

Beyond the narrative the book is organised in three parts, each considering the interrelationships between resources (in particular raw cotton), exchange (trade and consumption) and production (technologies, organisations, institutions and human agency). Part one, ‘The first cotton revolution: a centrifugal system’, describes the period from around 1000 to the 16th century, when cotton textiles were already a global industry, with production and trade dominated by South Asia. The ‘Indian cotton system’ was ‘centrifugal’ because it was based on diffused resources, techniques, knowledge and profit sharing – and only loosely coordinated in the subcontinent. While many areas in and beyond India produced cottons it had the competitive advantage of high quality and remained the core area throughout the early modern era, indeed well into the 18th century. The Indian Ocean was the great highway for this trade to locations around its rim and through them many beyond.

The second part, ‘Learning and connecting: making cottons global’, looks at the role of European traders, Portuguese, Dutch, English, French and other state-sponsored enterprises, in the Indian Ocean trade after 1500. Riello argues that while the import of Indian cottons to Europe was important the European companies also provided critical knowledge about a complex range of fabrics and raised consumer awareness about their use in dress and furnishings. European merchants also promoted cotton into an Atlantic commodity for American and African markets. At the same time Europeans learned Asian techniques of printing and dyeing which transformed textile production and consumption in advance of mechanised mass production. Hence the thesis that the revolutionary growth of cotton manufacture in Europe was the end result of at least two centuries during which time knowledge of processes, materials and commodities were acquired from the rest of the world in a complex learning process. Europeans were late participants in a continuing centrifugal process, but their capitalist system and expertise with other fibres eventually led them in a dramatically different direction.

Europe might have expanded cotton spinning and weaving on proto-industrial lines, indeed those along which it was moving before the age of mass manufactures. The final part of the book, ‘The second cotton revolution: a centripetal system’, describes how Europe became the global centre for the production and trade of cotton textiles, where manufacture was as important as trade had earlier been in Asia. Indeed, historians have argued for the centrality of manufacturing, but Riello maintains that too much emphasis has been placed on spinning and weaving and the importance of raw materials and finishing has been overlooked. The ‘European’, unlike the Indian system, was based on the capacity of the ‘centre’ to exploit capital, labour, natural resources and markets in an increasing intensive global context. This ‘western system’, centred on Europe and the Atlantic, depended for long on slavery, which certainly contributed immeasurably to its rapid growth in the early to mid 19th century. It also led in the longer term to the demise of production in many other parts of the world.

Much of this is universally known, of course, though the research input on themes and using sources previously unexplored by English speaking scholars is formidable. Thanks to earlier joint ventures, notably in the volumes Riello has co-edited with other scholars, the coverage of India, South East Asia and China is particularly impressive. While much of the history of cotton and related textiles in Europe is known, impressive detail is added about many aspects, and the extensive and pervasive engagement of the great chartered companies in the Asian trade will be new to many. The remarkable 18th-century revolution in cotton production does not feature in great detail here, because one of Riello’s objectives was to re-dress the balance in favour of textile finishing and printing which he sees as of equal or even greater importance in the history of cotton. As with much else in this volume such an apparently radical departure from previous ‘orthodoxy’ raises many issues beyond the numerous counter-factual questions that continue to dominate the debates about early industrialization.