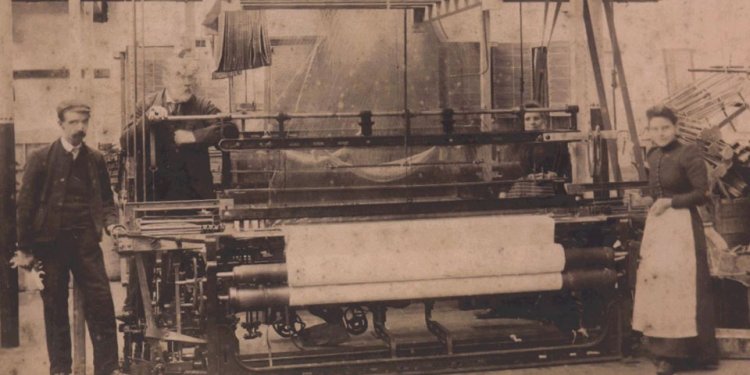 Cotton it truly a miracle fiber: it has been spun, woven, and dyed since ancient times, and it is still the most widely used fiber for cloth today. It is soft and fluffy and grows in a boll around the seeds of the cotton plant. There is almost nothing that cotton can’t be turned into: clothes, bedding, tabletop, furniture, even art.

The first people in Eurasia to grow cotton for clothing, sheets, and towels were the Harappan people, an early civilization, who migrated from Africa to what is now modern Pakistan, but then the subcontinent of India. We owe our earliest information about cotton to a series of famous Indian poems written in 600 BC called the Rigveda—one of the most sacred texts of Hinduism. These poems were sung and recited publicly for hundreds of years until they were transcribed into Sanskrit circa 1000 AD.

The Rigveda tells the story of Prajapati, the first god who created the world. Prajapati, “Lord of Creatures” was sacrificed to himself by the younger gods Indra, Agni, and Varuna. From his body the whole universe was made. The Rigveda says that each of Prajapati’s other parts turned into a different group of people, which is why the Indian people thought of themselves as belonging to one of four castes or groups. Throughout the entire tale of gods and animals, cotton has a role within the story. In India today, as it was for thousands of years, no matter what caste you occupy or what job you hold you will be wearing a cotton garment, either elaborately adorned or a plain.

The Herodotus, wrote in 400 BC that in India there were "trees growing wild, which produce a kind of wool better than sheep’s wool in beauty and quality, which the Indians use for making their clothes.” During this period, the famous Ajanta Cave carvings show innovative cotton growers in India had invented an early roller machine to get the seeds out of the cotton.
By the Guptan period, circa 200 AD, the Indians were selling cotton as a luxury good to their neighbors in the east and west—the Chinese and the Parthians. Further west, the Roman considered cotton as luxurious and as expensive as silk, which they bought from Arabic or Parthian traders. Like Herodotus, the Roman author and philosopher Pliny wrote that in India there were, "trees that bear wool" and "balls of down from which an expensive linen material for clothes is made"

The English word for cotton comes from the Arabic “al-qutun.” The establishment of the Islamic Empire in the late 600’s AD spread cotton production westward across the Middle East to North Africa and Spain. By the 700s the Eastern Roman Empire also started growing cotton. In West Asia and North Africa, poor people began wearing cotton clothing, but in Europe cotton was still a very unusual luxury item, imported from the Islamic Empire. By 1000AD, Italian traders brought more cotton to Europe, but as a finished luxury good it was not well recognized in Europe.