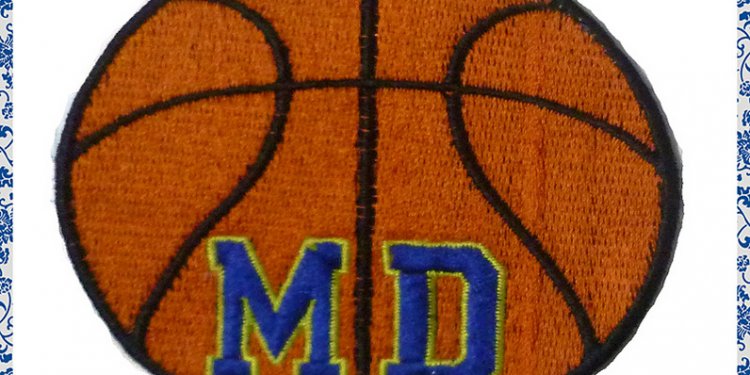 This article provides you with a basic overview of shirt materials, their weaves and the meaning of super numbers. Otherbasic characteristics like workmanship and fit will be dealt with in the future.

As a rule of thumb, shirt fabric should be made of 100% natural fibers like cotton, linen, wool, or a blend of these. Pure cotton is probably the most popular material. Sea Island Cotton, as well as Egyptian cotton, are considered to be the best raw cotton material since they have the longest fibers, and so make the best yarns. In addition to the raw material, there are two other criteria which are used incorrectly most of the time, the first being the term “two ply” and the second “Super 100’s, 120’s…220’s.”

Once the raw material has been spun into yarn, it could be used right away to weave shirt cloth. In this case, the cloth would be a “single-ply.” But, in order to prevent pilling of the fabric and to increase its quality, two yarns are spun into a single one. Subsequently, several of these yarns are woven into two directions, one the from top to the bottom, and the other one from the left to the right. This is also known as the warp and the weft. If the weft yarns are at a 90° angle to the warp, it is on the “grain“. If there is roughly one weft yarn per warp yarn, it is a balanced weave. All other ratios are unbalanced. Probably the most well known unbalanced fabric is the broadcloth, which has 144 warp yarns by 76 weft yarns (roughly a ratio of 2:1). If you were to use a double spun yarn for the warp as well for the weft, you would have a “two ply” 2×2 fabric because two double spun yarns have been used in either direction. However, sometimes the term “two ply” is used for fabrics that have only one yarn (either the warp or the weft) that has been spun twice whereas the other yarn was not. This is just a 2×1 and thus does not deserve the name “two-ply”.

The super numbers supposedly indicate the fineness of a yarn. By definition, a 100m yarn of a super 100’s cloth weighs 1 gram. This means that the higher the super number, the finer and thinner the yarn. Although this might be a good idea in theory, there are several problems in practice.

First, this definition is not protected at all, which means anybody could call anything a Super 200’s and thus the super number merely becomes a farce. Second, even if the definition is used correctly, a Super 80’s fabric would not necessarily be better or worse than a Super 200’s fabric. All this would indicate is that the Super 200’s yarn was finer. Usually though, high numbered Super cloth from renowned weavers like Alumo, Albini, Thomas Mason, Riva, and so forth are all made of very fine yarn and have soft touch.

Personally, I prefer Super 60’s or 80’s fabric because of its weight and its courser structure. At the same time, this cloth often wrinkles considerably less than higher Supers. Additionally, the high Super fabrics are often woven on high speed looms producing several thousand meters of fabric a day while twenty years ago it was only possible to weave just under 100m a day. This high speed weaving process creates tension in the yarn itself and sometimes leads to microscopic tears, invisible for the human eye. So, even though the fabric might feel and look like magnificent silk in the beginning, the real quality of the fabric has to be determined after washing it a few times. Once the shirt fabric gets in touch with water, the yarns with the microscopic tears and rips relax and become visible, especially after being laundered a few times. The now-visible tears will never disappear.

There is a general rule of thumb regarding no-iron or iron free shirts: don’t buy them! Even if you sometimes see shirts that promise to be “iron free, ” you will soon realize they are definitely not iron-free. However, they are easier to iron than a regular shirt — though this comes at a price.

In order to get an “iron free” cotton, you have to treat it chemically. The result is an inferior touch, the fiber often looks slightly shiny and does not absorb as much water as regular cotton. On top of that, they are less durable. After an “iron free” shirt has been laundered about 20 times, 8 N(ewtons) are enough to rip it apart!

Other than that, I have never come across an “iron free” shirt of high quality. Usually, those shirts are rather inexpensive, and you are much better off saving your money for untreated, high quality shirts in “two ply.” If you cannot afford to buy them at retail price, just wait for the next sale.

A good shirt fabric should always be washed in order to properly shrink it before making shirts. Otherwise, your shirt will be smaller after a while, and the stitching might look awful because the thread will not shrink to the same degree as the fabric. Additionally, the shirt will not change color if it has been washed before. Moreover, you should try to find fabrics which fulfill the Oeko-Tex® Standard 100. Öko (without the umlaut: Oeko), is the German abbreviation of Ökologie or ökologisch which means ecological or ecology. It is basically a globally uniform standard for the testing and certification of textile raw materials which guarantees that no harmful substances were used in the production of the fabric. There are quite a few renowned cloth manufacturers producing according to this standard – Alumo is a good example.

Depending on the time of the year and the occasion for which you want to wear the shirt, you should pick a certain material, in a certain weave that’s either loosely or closely woven. The looseness of a fabric is simply determined by the density of warp and weft yarns per square inch: the denser the yarns, the tighter the fabric.

The plain weave is the simplest. It consists of a simple over and under pattern which is easily recognized. Finishes are quite acceptable, although it is not quite as absorbent as other weaves and it wrinkles a lot.

A relative of the plain weave is the fil à fil, also known as end-on-end. The sole difference is that the fil à fil has either a warp or a weft yarn in a different, color which creates a fickle colored effect.

Another variant of the plain weave is the voile. Here, the warp and weft yarns are spun until they create a curly twist. This way, you create a wider thread, which results into an airy and soft fabric.

Another basic weave is the twill weave. Its diagonal line is created by similarly diagonal floats. It does not wrinkle very easily and recovers quite well. Twill is usually more expensive because of its higher yarn count compared to a plain weave fabric. Varieties of the twill are herringbone, denim, houndstooth, cavalry and gabardine.

Another well known shirt fabric weave is the Panama (also known as Oxford) and its varieties. This weave is very similar to a plain weave while some warp or weft yarns are taken together, which results in a wider, more basket-like weave. There are many varieties of this weave.