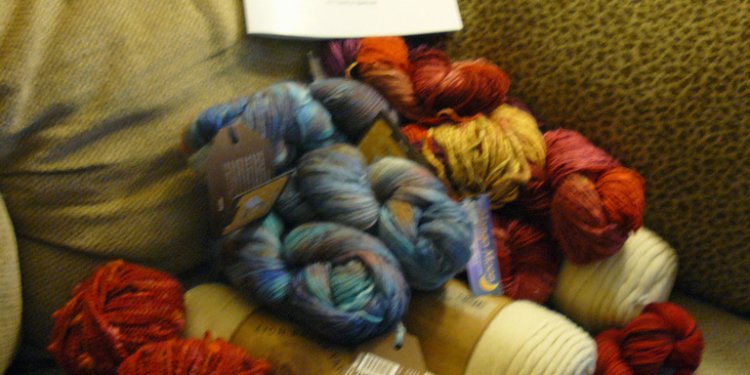 Viscose is not a synthetic fiber made from petroleum; but rather it’s a “regenerated cellulosic fiber” made from cellulose - most commonly wood pulp, but many plants can be used, such as bamboo. The cellulose is broken down, and then “regenerated” into a fiber.

One of the major advantages of viscose over synthetics is that it is biodegradable.

Viscose from bamboo has an added benefit of being anti-bacterial and anti-fungal and is hypoallergenic.

In the viscose process, cellulose is treated with caustic soda (aka: sodium hydroxide) and carbon disulfide (which can cause nervous system damage). This process converts the cellulose into a highly viscous liquid about the color and consistency of honey. Think of making paper mache. Then the mixture is forced through fine holes in a spinerette (think shower head) which produces long filaments of yarn. These yarn filaments are dumped into a chemical bath of sulfuric acid which hardens the filaments, the viscose yarn.

When bamboo viscose was introduced a few years ago, it was a big hit, and American synthetic yarn manufacturers correctly pointed out that the process can be extremely polluting. The environmental burden comes in disposing of the process chemicals: the sodium hydroxide, though not toxic to humans, is harmful to the environment if dumped into our rivers as untreated effluent. Carbon disulfide is toxic to the nervous system; and sulfuric acid is a component of acid rain. There are emissions – air pollution - of these chemicals as well, which contribute to greenhouse gasses.

These chemicals do not necessarily remain as a residue on the fibers. Viscose can be Oeko-Tex certified, a certification which verifies that the finished fiber has been tested for and contains no residual chemicals which may be harmful to health. Oeko-Tex certifies only the final product, i.e., the fibers or the fabric. It does not examine the production process, which is where most of the environmental burden is found.

We use bamboo as our source of cellulose. We have mentioned some of the (considerable) negatives of the production process above. Positives include the fact that bamboo is one of the fastest growing plants in the world, absorbing about 5 times the amount of carbon dioxide as an equivalent stand of trees. Bamboo grows with no irrigation and no pesticides or synthetic inputs. And currently there are no known genetically modified organisms (GMO) variants of bamboo. We have ensured that our bamboo does not come from stands that endanger panda habitat.

We decided that the addition of bamboo to the world’s fiber set was a positive development, and that the positives outweighed the negatives. It is important that bamboo come from FSC (the Forest Stewardship Council) certified stands, important now given the sudden popularity of bamboo for fabric. Some (not yet all!) of the bamboo viscose fiber we use is produced in a process that has no water pollution or solid waste disposal problems, and that has only minimal air pollution.