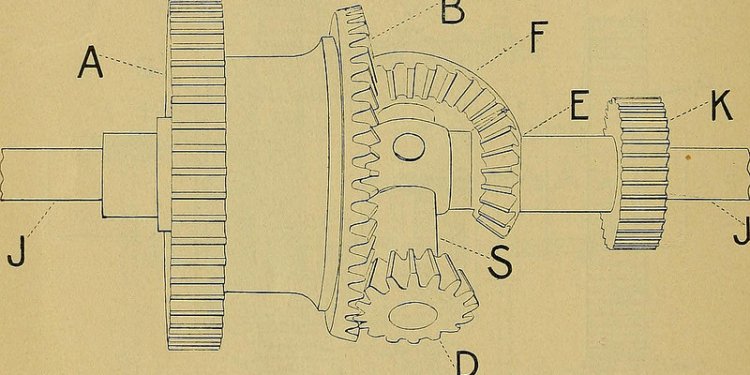 Cotton accounts for almost 50% of the worldwide consumption of textile fibre. China, the United States, the Russian Federation, India and Japan are the major cotton-consuming countries. Consumption is measured by the amount of raw cotton fibre purchased and used to manufacture textile materials. Worldwide cotton production is annually about 80 to 90 million bales (17.4 to 19.6 billion kg). China, the United States, India, Pakistan and Uzbekistan are the major cotton-producing countries, accounting for over 70% of world cotton production. The rest is produced by about 75 other countries. Raw cotton is exported from about 57 countries and cotton textiles from about 65 countries. Many countries emphasize domestic production to reduce their reliance on imports.

Yarn manufacturing is a sequence of processes that convert raw cotton fibres into yarn suitable for use in various end-products. A number of processes are required to obtain the clean, strong, uniform yarns required in modern textile markets. Beginning with a dense package of tangled fibres (cotton bale) containing varying amounts of non-lint materials and unusable fibre (foreign matter, plant trash, motes and so on), continuous operations of opening, blending, mixing, cleaning, carding, drawing, roving and spinning are performed to transform the cotton fibres into yarn.

Even though the current manufacturing processes are highly developed, competitive pressure continues to spur industry groups and individuals to seek new, more efficient methods and machines for processing cotton which, one day, may supplant today’s systems. However, for the foreseeable future, the current conventional systems of blending, carding, drawing, roving and spinning will continue to be used. Only the cotton picking process seems clearly destined for elimination in the near future.

Yarn manufacturing produces yarns for various woven or knitted end-products (e.g., apparel or industrial fabrics) and for sewing thread and cordage. Yarns are produced with different diameters and different weights per unit length. While the basic yarn manufacturing process has remained unchanged for a number of years, processing speeds, control technology and package sizes have increased. Yarn properties and processing efficiency are related to the properties of the cotton fibres processed. End-use properties of the yarn are also a function of processing conditions.

Typically, mills select bale mixes with the properties needed to produce yarn for a specific end-use. The number of bales used by different mills in each mix ranges from 6 or 12 to over 50. Processing begins when the bales to be mixed are brought to the opening room, where bagging and ties are removed. Layers of cotton are removed from the bales by hand and placed in feeders equipped with conveyors studded with spiked teeth, or entire bales are placed on platforms which move them back and forth under or over a plucking mechanism. The aim is to begin the sequential production process by converting the compacted layers of baled cotton into small, light, fluffy tufts that will facilitate the removal of foreign matter. This initial process is referred to as “opening”. Since bales arrive at the mill in various degrees of density, it is common for bale ties to be cut approximately 24 hours before the bales are to be processed, in order to allow them to “bloom”. This enhances opening and helps regulate the feeding rate. The cleaning machines in mills perform the functions of opening and first-level cleaning.

The card is the most important machine in the yarn manufacturing process. It performs second- and final-level cleaning functions in an overwhelming majority of cotton textile mills. The card is composed of a system of three wire-covered cylinders and a series of flat, wire-covered bars that successively work small clumps and tufts of fibres into a high degree of separation or openness, remove a very high percentage of trash and other foreign matter, collect the fibres into a rope-like form called a “sliver” and deliver this sliver in a container for use in the subsequent process (see figure 1).

Historically, cotton has been fed to the card in the form of a “picker lap”, which is formed on a “picker”, a combination of feed rolls and beaters with a mechanism made up of cylindrical screens on which opened tufts of cotton are collected and rolled into a batt (see figure 2). The batt is removed from the screens in an even, flat sheet and then is rolled into a lap. However, labour requirements and the availability of automated handling systems with the potential for improved quality are contributing to the obsolescence of the picker.

The elimination of the picking process has been made possible by the installation of more efficient opening and cleaning equipment and chute-feed systems on the cards. The latter distribute opened and cleaned tufts of fibres to cards pneumatically through ducts. This action contributes to processing consistency and improved quality and reduces the number of workers required.

A small number of mills produce combed yarn, the cleanest and most uniform cotton yarn. Combing provides more extensive cleaning than is provided by the card. The purpose of combing is to remove short fibres, neps and trash so that the resulting sliver is very clean and lustrous. The comber is a complicated machine composed of grooved feed rolls and a cylinder that is partially covered with needles to comb out short fibres (see figure 3).

Drawing is the first process in yarn manufacturing that employs roller drafting. In drawing, practically all draft results from the action of rollers. Containers of sliver from the carding process are staked in the creel of the drawing frame. Drafting occurs when a sliver is fed into a system of paired rollers moving at different speeds. Drawing straightens the fibres in the sliver by drafting to make more of the fibres parallel to the axis of the sliver. Parallelization is necessary to obtain the properties desired when the fibres are subsequently twisted into yarn. Drawing also produces a sliver that is more uniform in weight per unit of length and helps to achieve greater blending capabilities. The fibres that are produced by the final drawing process, called finisher drawing, are nearly straight and parallel to the axis of the sliver. Weight per unit length of a finisher-drawing sliver is too high to permit drafting into yarn on conventional ring-spinning systems.

The roving process reduces the weight of the sliver to a suitable size for spinning into yarn and inserting twist, which maintains the integrity of the draft strands. Cans of slivers from finisher drawing or combing are placed in the creel, and individual slivers are fed through two sets of rollers, the second of which rotates faster, thus reducing the size of the sliver from about 2.5 cm in diameter to that of the diameter of a standard pencil. Twist is imparted to the fibres by passing the bundle of fibres through a roving “flyer”. The product is now called “roving”, which is packaged on a bobbin about 37.5 cm long with a diameter of about 14 cm.